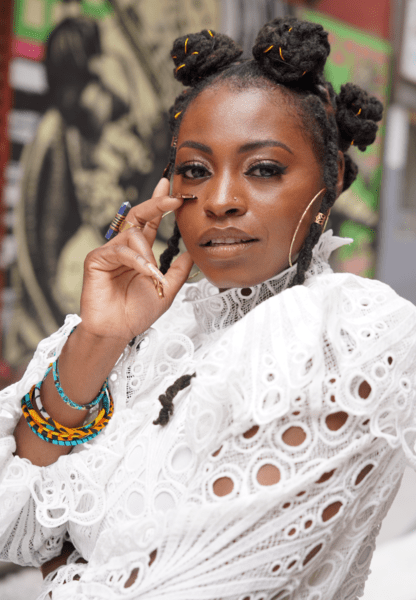 Born in New York City to a musically inclined family, artist Ajada Reigns has performed for and with stars such as, Janet Jackson, Mary J Blige, Elle Varner, Chaka Khan, Vic Mensa, and many more.

Ajada shaped her unique style of singing with the training she received from the Harlem School of Arts. She also attended the Professional Performing Arts School in New York City where she learned to sing in four different languages. Noted for her stage presence, style, and positivity, many can agree with grammy-nominated artist, Major, when he says “the world needs what she brings.”

In summer of 2021, Ajada released a remake of the classic hit song, “I’ve Got To Use My Imagination,” which was previously released by the Sensational Motown recording group “Gladys Knight and the Pips.” The new version of the song was released on FOTY Records, LLC and the President and Executive Producer is James Houston.

The making of “That’d Be Me” music video was by far one of the best experiences in my life. I’m very proud of this project. Coming together with my team to create concepts, pick locations and learn choreography was an amazing process because it manifested right in front of my eyes. Having the opportunity to feature young dancers in my music video was significant to me because the message of this song is to never let anyone limit you. Young people need this reminder because your concepts of life are formed early on. In fact, we all can use this reminder.

The video was shot in two iconic locations, ChinaTown & Times Square. Shooting the video in New York’s most popular landmarks was so significant because there are so many people that come to the “Big Apple” to chase their dreams, including me!