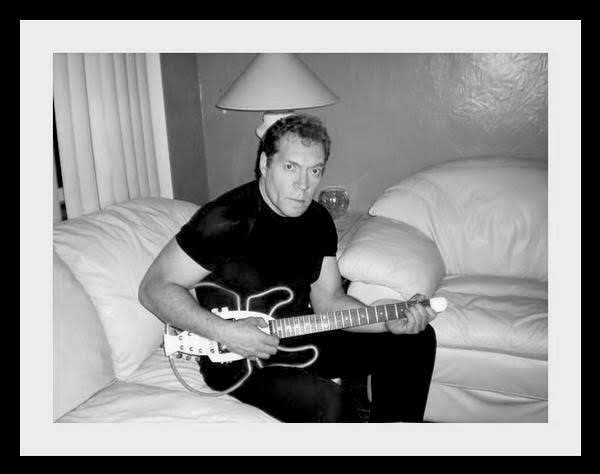 John Gitano is a master guitarist and song writer. Brainchild of THE AMERICAN RELICS, Gitano has been a musician a good part of his life. With music you can express things that go beyond what you say with words. That is John Gitano‘s forte. A very great gift in life is to know exactly where you belong, and John belongs in the music business. John Gitano and I exchanged questions and answers regarding his music background, and his career currently.

Do you derive your inspiration for your songs through life experiences or fantasies?

Some by life experiences and as in the song “You Just Don’t Know, Until You Know”, which is my life’s disappointments through the years, until I had a moment of epiphany. Other compositions are subjects or situations that I personally might not have experienced, but many people can relate to.

What comes first the music or the lyrics?

In my musical compositions, most of the time, I hear a melody first. And sometimes, I wake up with the new melody in my head. Other times, but less often, I want to write the music to a particular theme or song title I came up with.

If you were not a songwriter what would you be doing?

I am a songwriter and I’m trying to leave my legacy through my music.

Growing up who influenced your music if anybody, and who does now if anybody?

The many, many brilliant songwriters of the 1960’s are probably my biggest influence. People still marvel at how, and why during that particular era, so many great songs were written. Listen to “Martha My Dear” by Paul McCartney when still with The Beatles. It says it all. Folk, Rock, Motown, Pop, production, it was brilliant in that era. Nowadays, for me, there are not too many music influencers amongst new artists.

If you could play on stage with anyone on the planet, who would it be and why?

Good question. A few. Neil Young (who I did not really like much when I was younger, but like other musicians I know, we’ve come to really appreciate him). Why? I love the way he connects with his audience, his energy, and his enthusiasm, still, after all of these years.

Also, Nina Hagen. A legend. The Godmother of Punk. So talented, and a voice when younger to rival the talent of many opera singers. Also, Joe Cocker if he was still here. Even Paul McCartney applauded his great version of “Little Help From My Friends”. And Wilson Picket, etc. etc.

What projects are you currently working on?

I’ve written enough songs for 2 lifetimes. I look forward to a promising international distribution and publishing deal in the works, and to share a lot of what I hope people will enjoy.

Check out THE AMERICAN RELICS  at https://www.theamericanrelics.com