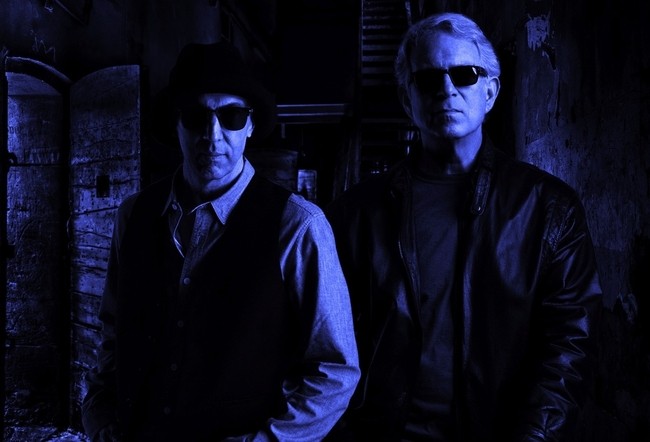 There are few things on earth as awesome — or as terrifying — as a flood. Water is the unruliest force on the planet: once it starts coming in a torrent, there’s nothing to do but run for higher ground. As Foundry Town Survivors sing in their gorgeous, earnest, and at times frightening new single “Mississippi Rising,” human hands can never hold back a rising river. When the mighty Mississippi jumps its banks, an entire nation trembles.

Michigan based Foundry Town Survivors, Mark Tomorsky and Tommy Johnsmiller, present a first-person account of the fear, shock, and resignation experienced by an innocent witness to an irresistible force of nature. “Mississippi Rising” is a disaster story, but it’s also one full of wonder — and it’s exactly that ambivalence that makes the song so gripping and believable. All thoughts of the future swept away by the rushing water, all thoughts of home and safety inundated and drowned by misfortune.

That sort of narrative detail and compositional liveliness is something that fans of Foundry Town Survivors have come to expect. They’re born storytellers, scene-setters, sketchers of short stories with sharp eyes for telling details. But they’ve never told a tale quite as urgent or timely as this one and they’ve never brought it to life with such color and complexity of emotion. They’ve matched their poetic lyric to music that feels American to its very essence: briskly strummed acoustic, plaintive slide guitar, rich harmonies, mesmerizing summer-night ambiance. It’s the sort of song you might expect to hear on the banks of the Mississippi — one that honors the river and nods to its breathtaking power and its destructive potential.

A song as transportive as “Mississippi Rising” didn’t need a video of a flood to make a powerful impression on listeners. But they’ve given us one — and director Paul Crowder’s clip amplifies the horror, the beauty, and the turmoil of a track that’s already conceptually intense. Crowder and the Foundry Town Survivors have found jaw-dropping footage of historic Mississippi flooding, complete with neck-high water in the streets of towns nearly swallowed, and they’ve reinforced the message with reproductions of the front pages of old local newspapers. It’s a chronicle of a cataclysm and a chilling reminder that nature is in charge.