Wolverhampton native Cariss Auburn releases her EP ‘Refraction’, a blend of y2k and alt-R&B, alongside single ‘Call Me Up’, out 6th May via Modern Sky. 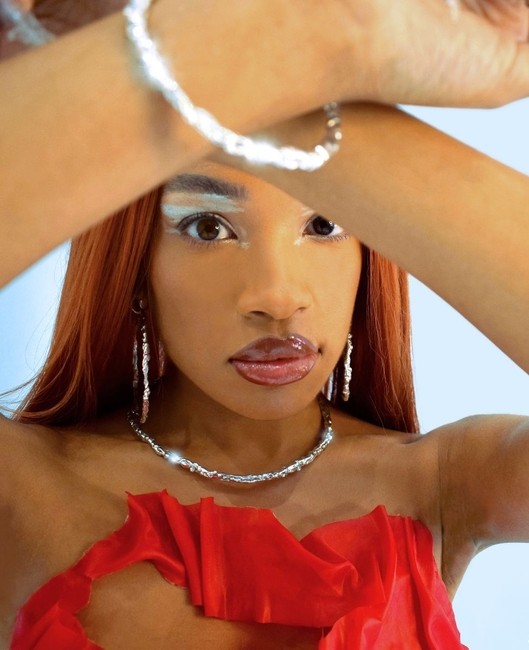 Influenced equally by the y2k pop of Billie Piper and the smooth R&B of Destiny’s Child as well as the sounds of Mary J. Blige and Luther Vandross that permeated her childhood home, Cariss cites the likes of Bree Runway, Denai Moore and FKA twigs for the blueprint of her sound; “women unafraid to do what they want, entirely liberated in their art, refusing to be boxed into one genre.”

As an ambassador for Gibson guitars, she is often seen with her trademark baby blue Les Paul, which featured in her recent Sofar Sounds that received 35K+ views.

Previous single ‘Float’ earned a comparison to FKA twigs, whilst following track ‘Daydream’ acted as a “three-minute holiday” from daily “trauma and pain daily – especially as a black woman”. Both tracks received praise from the likes of The Line of Best Fit, Refinery29, COLORS, Dork and gal-dem with features in Spotify’s Fresh Finds and Fresh Finds: The Wave.