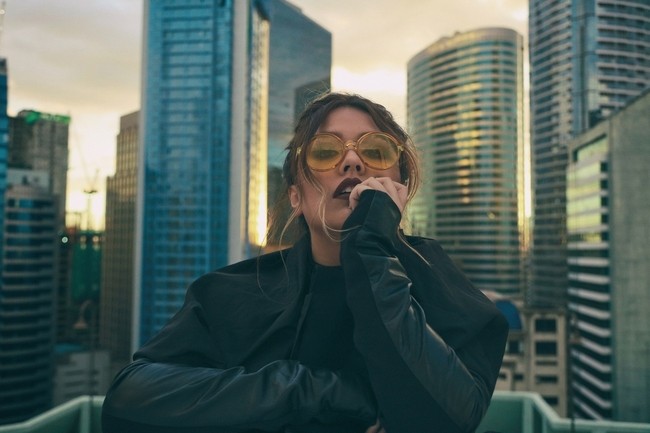 Hot off the success of her debut EP release, Tiana Kocher ups the ante with a hot new track featuring R&B legend, T-Boz.

“Growing up, I’ve always listened to TLC and I consider them one of my biggest inspirations alongside SWV, Aaliyah, Brandy, Tamia and others,” says Tiana. “Working with T-Boz was definitely a big ‘pinch me’ moment and I’m very grateful to have the opportunity to work with her and learn from her. We wanted to create the “No Scrubs” of 2021, so this is how the song came about. I want this song to serve as a friendly reminder to always remember your worth.”

A relative newcomer in the R&B community, Tiana has been gaining momentum since releasing her first song, “Just My Type”, which hit the Top 40 Indie Chart in 2019. Adding to the early success, her music appeared in the Cîroc commercial for the motion picture What Men Want, followed by “U Tried It”, produced by four-time GRAMMY nominated record producer Leon “RoccStar” Youngblood..

Moving from Manila to Los Angeles, Tiana transitioned to the entertainment capital of the US in an effort to cement her career in music and to collaborate with some of the biggest names in the business. Since arriving, she has written and recorded with several GRAMMY award-winning artists including TLC, Faith Evans, Sage the Gemini and Latin reggaeton star, J. Álvarez.

Tiana’s music has found favor on both Apple Music and Spotify, being featured in official playlists in the US, as well as multiple international territories. In addition, recent TikTok campaigns supporting Red Cross have generated over 24 million views, as well as driving much needed funds to the charitable organization.

As for what’s next for Tiana, stay tuned for new videos, new music, collaborations and more through 2021.