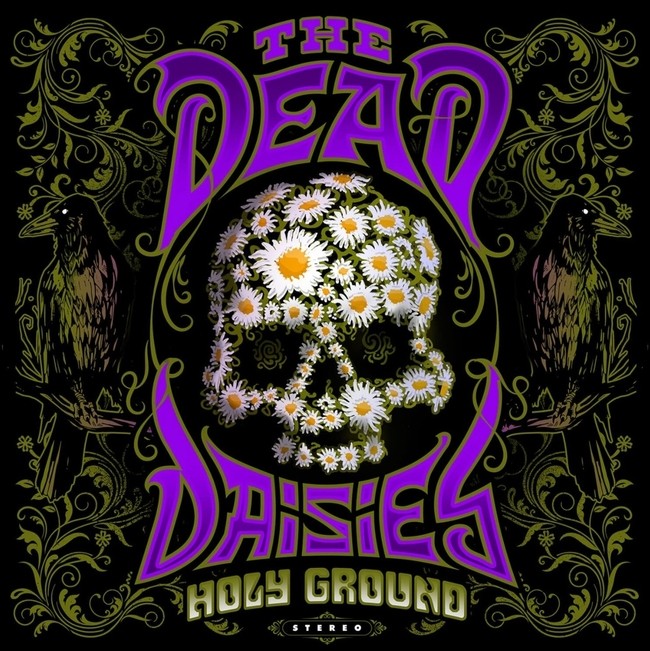 Don’t let the name fool you. These vets of the stage, the road and the charts forge the kind of hard rock that lives forever. Doug Aldrich of Whitesnake and Dio, drummer Deen Castronovo of Journey and Bad English, bassist and singer Glenn Hughes of Deep Purple round out the modern incarnation of the Daisies, which was founded in 2012 by rhythm guitarist David Lowy with a simple goal; to make raw power Rock n Roll. These legends could be taking it easy and resting on their laurels after the monumental successes they’ve seen, but five albums in, this crew of riff-slingers and drum punishers has lost none of its steam. Whether they’re stripped down for an acoustic number, or deafening stadiums jammed with fans, The Dead Daisies dominate with bluesy riffs, big choruses, powerful melodies, and hooks for days. “Holy Ground (Shake The Memory)” is set to rattle speakers and smash all expectations.

The title track of their 5th full length, out 01/22/2021, is a bruiser, perfect for Hughes’ legendary pipes. He belts out a banshee’s wail one minute, a melodic hook the next. Holy Ground was produced by Ben Grosse, who, having worked with Dream Theater, Marilyn Manson, Sevendust, and Disturbed, is no stranger to making the loud even louder and the heavy even heavier. The riffs sound downright evil, while the backing melodies on the choruses are nothing short of beautiful. The Dead Daisies are standouts on the respected SPV / Steamhammer label, sharing the roster with fan favorites like Drowning Pool and Everlast, among many others. “Holy Ground (Shake The Memory)” is a monster of a track that puts every member’s chops to the test, and is a blast of pure adrenaline for real rock fans hungry for a fix.

A performance video featuring the band banging it out live against trippy shots of deep space and desolate cemeteries? Seriously, what more could a diehard rock fan ask for in a video? Director David Pear simply set the band up in front of their wall of amps and set them loose on “Holy Ground (Shake The Memory),” keeping the same motif and world they’ve carefully crafted in previous videos for “Bustle And Flow” and “Unspoken.” The clip gets viewers up close and personal with every lick, chord, fill, and cymbal strike, as images of exploding suns and towering tombstones fill the frame. What looks like a nightmare to most is a visual dream come true for every red-blooded headbanger out there. Check out the video while you wait for the album to come and burn the music world to the ground.