All artistic endeavors possess a degree of collaboration, even an author will often work with an editor to polish the writer’s work, but there is an unique configuration often present in the musical and theatrical world where a revolving cast of performers coalesce around a founding figure in the hopes of achieving idiosyncratic results. &Friends’ first release is a house/gospel remix of the classic Beatles ballad “Let It Be” and it’s an impressive opening single. The collaborative has lofty aims, uniting the world through the common thread of music, and has selected an ideal track for such a goal. 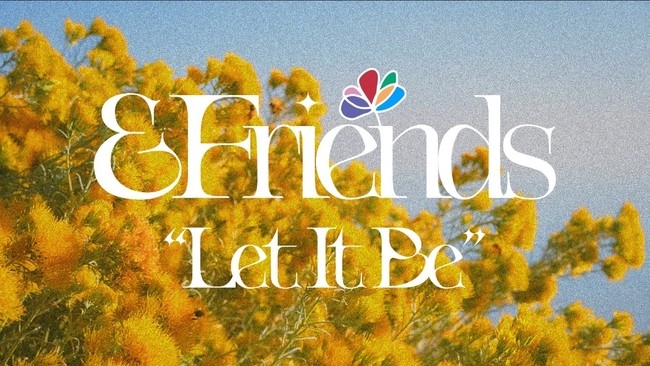 The initial concept underpinning &Friends involved presenting visual and musical releases springing from an organic collaboration between videographers, artists, producers, and musicians. Producer and DJ Sean Thomas connected with a wide cross-section of talented individuals through voice notes and social media and the overwhelming response he received from like-minded souls helped make this outstanding single possible.

The song opens with some distinctive guitar playing, tense yet lyrical, unwinding the song’s iconic melody. Light keyboards provide gossamer thin background color during the opening before expanding a minute in. The guitar shifts gears at that point and adopts a much more orchestral approach with individual chords picked out while the vocals swell to the forefront of the mix.

&Friends recasts the Beatles’ track as a gospel-tinged song, a no brainer, but you need the right singers to make it work. The choral approach dominating much of their version is spot-on from its first syllable to last and the individual singing performances are skilled and soulful. Some may think the choice of “Let It Be” is a little predictable for a project driven by such a profound social consciousness, only John Lennon’s “Imagine” or perhaps “Give Peace a Chance” would be more obvious, but the &Friends project never approaches the classic in an overly reverential or saccharine way.

The accompanying video for this release is perfect. The superlative is appropriate for once. &Friends spared no effort or expense in their effort to produce complementary visual material for the single. It begins with an assortment of participants offering the phrase “let it be” in their native language and the cosmopolitan composition of faces and accents gives the video an one of a kind opening unlike any in recent memory. The images collected for the remainder of the video are equally potent and the intelligence behind this footage is front and center throughout the enter clip.

It takes a certain amount of bravery to cover a song such as “Let It Be”. It occupies rarefied air. It is heresy to take the song too far away from its roots and clinging too tight to the original version is a mark of mediocrity. &Friends straddles the line between those two extremes with deft balance born just as much from inspiration and passion as it is from innate skill during the first near two minutes and then takes it in an aforementioned heretical direction. It scores big.  Musical configurations such as this are anomalies on the scene but &Friends summons every bit of value you’ll get from any conventional act. Future releases from this project are well worth watching for.