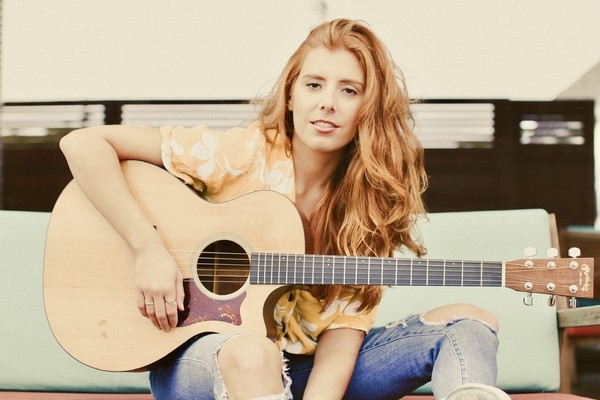 Singer-songwriter Carly Tefft has released a music video for her new cover of Michael Jackson’s “Billie Jean,” which can be viewed on YouTube here. Taken off of the third part (called ‘page 3’ by Tefft) of her new acoustic LP, “Songs Past Dark,” the “Billie Jean” video is stunningly raw. Tefft’s take on the classic pop hit displays a country pop fusion.

Consisting of two songs, “You Get In The Way” (original) and “Billie Jean” (cover), page 3 is a beautiful testament to Tefft’s vulnerability in music. The project was lead in by four songs in October, all accompanied by their own music videos. Stripped back and raw, “Songs Past Dark” places a strong emphasis on story telling, Carly’s songwriting forte. With elements of both country and pop, the second half of “Songs Past Dark” finds Carly at her core. The remaining two songs on “Songs Past Dark” will be released on 12/11.

Mix the vivid story-telling ability of a Nashville songwriter with the passion of a New England sports fan and the energy of an engaging performer and you’ve got singer-songwriter Carly Tefft. Originally from Cape Cod, MA, the 2015 Berklee College of Music grad’s influences range from Keith Urban, Carly Simon, Ed Sheeran and Julia Michaels; making Tefft’s sound multi-genre. Carolyn Kruse of Boston’s “Country 102.5” puts it this way: “When she opens her mouth to sing, her lyrics draw you in and her power knocks you out. When she riffs, jaws drop. Carly Tefft and her red-headed moxie are a force… here to stay.” Since calling Music City her home for the past 5 years, she has played the city’s famed Bluebird Cafe, The Listening Room, Whiskey Jam and opened for artists such as Justin Moore, Chase Rice, Jimmie Allen and Devin Dawson. Ty Bentli, host of Ty Bentli show on Apple Music, says Carly has “an incredible, unique tone and timber to [her] voice that is immediately identifiable”, which is easy to hear when you listen to her singles “When” and “Better off at a Bar.” If her honest lyrics, full voice and rhythmic guitar skills don’t grab your attention, her red hair just might.