Jimkata are a three-piece anthemic, synth-washed, electro-rock band based out of Ithaca and Los Angeles. With a triumph of swirling analog synths, infectious pop hooks and candid lyrics, Jimkata have built a distinct sound which has been resonating with listeners across the country.

“Bonfires” is the highlighted track from the band’s highly anticipated album with the same name set for release in Spring 2021. The band has not released a full length in over four years. 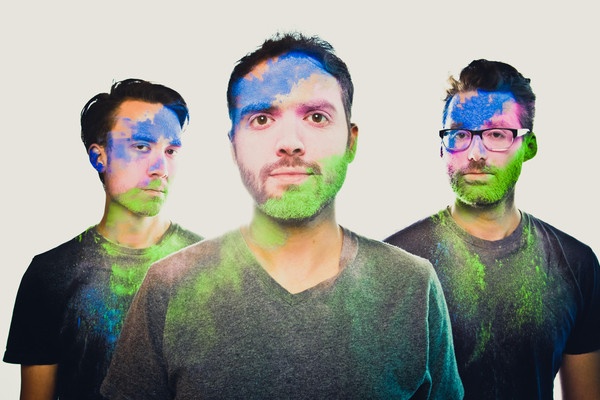 Friends since middle school, Evan Friedell, Aaron Gorsch and Packy Lunn infuse Jimkata, (named after the so-bad-it’s-good 1985 gym-fu caper Gymkata) with both an adventurous musical streak and relatable lyrical themes. Mixed in with the modern synth sensibilities and hard driven indie rock are influences drawn from the likes of Motown, singer-songwriters like James Taylor and even old country songs, where storytelling and a quick turn of phrase share priorities with melody and the beat. Jimkata have concocted an unusually rich and rewarding mix and one that’s evolved naturally.

After taking a two and a half year hiatus following the release of six studio albums and the successful building of a vibrant, grassroots fanbase, Jimkata are preparing to release their next album, Bonfires. The 10 track album is set for release as a series of singles every month with an accompanying visuals and merch line. Thematically, Bonfires touches on poignant themes of uncertainty, being in limbo, and looking for an anchor of hope in these trying times.