Pennan Brae is in a world of his own. He’s steeped in classic rock and blues storytellers like Elton John, Muddy Waters, BB King, & Elmore James, as well as – in the words of Medium.com – the “heady, distinctive, and tantalizing sound of the ’80s.” The Vancouver, BC singer-songwriter and guitarist is also a screenwriter and filmmaker who – in his 2019 feature film The Astronot and its accompanying soundtrack of the same name – loves to poke fun and celebrate the excesses of the neon-lit era. Yet everything Pennan Brae does is also contemporary and timeless; the types of songs that would get the youngest kids and the oldest in the room up and on their feet. 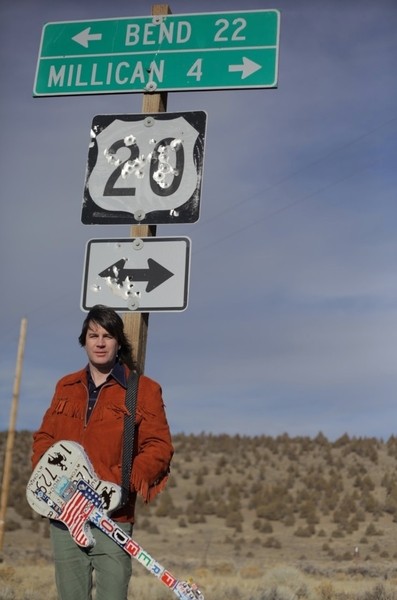 And about that film: “Crashland” is the lead single off The Astronot album. Brae says that it’s a special track for him in that: “I got to work with 2 rock & roll legends. Steve Ferrone (Tom Petty & The Heartbreakers, Eric Clapton) laid down drums & Garry Gary Beers of INXS played bass.” Pennan wrote the song with Grammy nominee Eric Alexandrakis. “Crashland” was mixed by producer Paul David Hager and mastered by Grammy-winner Emily Lazar (David Bowie, Beck) at Lodge Mastering in NYC. It’s no surprise that such legends play on the track, because from the wild guitars at the beginning to the first drum hit just a few bars in, it oozes pure rock & roll liveliness.

For the lyric music video – that’s right, we’ve got both story and words appearing on screen here – Pennan Brae teamed up with Tim Cash of Far From Earth Films. Cash also directed The Astronot film, “so he knew the material inside out & backwards.” From exploring with a metal director (what kind of precious, otherworldly metals will our hero find?) and a Rocky-esque bedroom calisthenics scene, to a bike ride down a long, desert road and phone calls to another planet, we come to find that perhaps there’s no greater journey than the quest to find someone to join you along the way.

And… wait a second… is that an astronaut (or astronot…) making his way across the vast Earthly plains? At the hands of anyone else, “Crashland” might’ve been desolate, dreary, or hopeless – but with Pennan Brae’s eternal optimism, we’re imbued with the reminder that – victorious or not – everything will be alright.