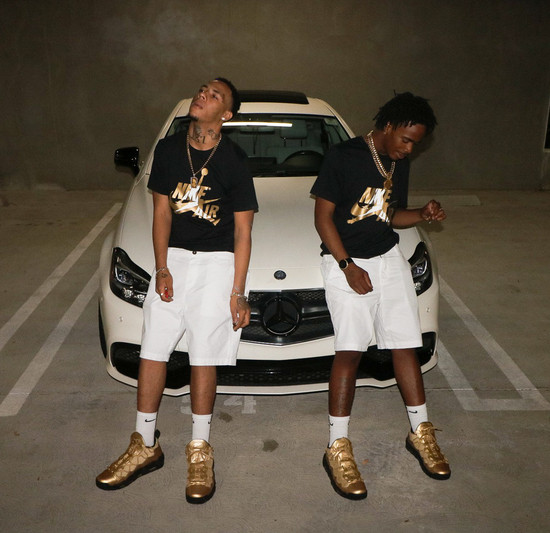 Young Rich Kidz’s moniker is forthright: they’re young, they’re rich, and they’re kids. The Southern Californian teens take it day by day because each day brings in new wins for their music. The hip-hop duo – made up of Brisk and DayDay – takes the phrase “brothers from another mother” to a whole new level. They established their bond in 2013 and have become inseparable since. They watched many of their friends dance on the edge of danger and immerse themselves in the fast life while they stayed clear of those baits that could pull them in any second. Instead, they used music as an outlet to escape the games surrounding them. Young Rich Kidz began hanging out, playing ball, and smoking to pass the time, but freestyling changed the game for them when crowds began to form.

Possibilities began to unravel when a local 29 Palms producer, Shell Shocc, liked their style and brought them into the studio. That day, Young Rich Kidz, recorded their first song “Friday,” uploaded it, and went on with their day. Later, they were astonished by the amount of positive response the track was met with. Peers in the classroom even began acknowledging them differently. Now, the boys have a few music videos under their belt, released their first album Bag Runner, and are signed to Rich4Life Entertainment.

Have you ever been to a house party that needed security at the front doors? Young Rich Kidz know the drill all too well; they’re such high-roller exclusives that they need extra personnel to make sure no one outside their circles tries to get within their vicinity. In their newest music video, “Amber Alert,” the party might be starting to clear out, but Brisk and DayDay are just beginning to settle in. They make themselves at home in the mansion and walk around like they just signed the paperwork to move in- and with the amount of cash laying around, it wouldn’t be surprising if their names were on the title. Young Rich Kidz enhance the famous The Purge screeching sirens to construct a beat that is definitely a public service announcement. Whether they’re in the movie theatre or game room, Brisk and DayDay bring their crew, their bars, and their sovereignty with them.