GRAMMY®/EMMY®/TONY®-winner Billy Porter has released a soul-stirring cover of Stephen Stills’ “For What It’s Worth,” as performed by Buffalo Springfield, continuing the legacy of using his art as a means to raise consciousness. 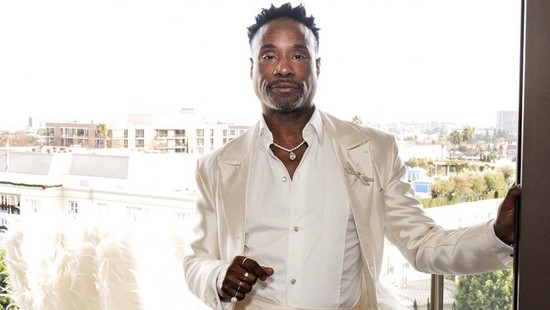 In a major ICYMI moment, Billy Porter premiered the lyric video for “For What It’s Worth” on Saturday (4/25) at Joe Biden’s “Soul of a Nation” virtual event. Mr. Biden, former Vice President and the presumptive Democratic nominee, held the virtual event to mark the one-year anniversary of his entrance into the 2020 race. #SOULSaturday encourages supporters to take action to help support their local communities. In 2020, that includes a special emphasis on thanking front line essential workers and first responders.

“I decided to record ‘For What It’s Worth’ because I wanted to have my art and my music matter, make a difference,” Porter said. “I’ve always been a political person. I come from the generation where the music reflected what was going on in the world, in the day. The song was written and performed sort of during the Civil Rights Era, the Vietnam War, it was protest music and I wanted to have a hand in bringing that back and speaking truth directly to power.”