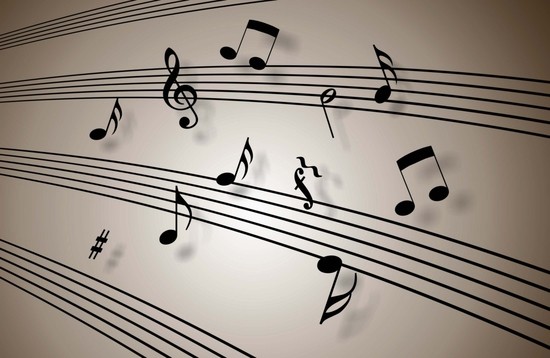 Many parents want their kids to learn some kind of instrument. That can be the guitar, drums, piano, violin, or any other one. After the initial phase, most kids get into it and start loving it. The music they’re playing is beautiful and everyone appreciates that. For many people, that’s when their love for music deepens and they want to do even more of it.

In the 21st century, the most popular instrument is a digital one. It’s called a VST or virtual studio technology program. It’s the virtual version of the real deal. So, for many people who had trained their hearing as kids, using this will be like a swiss knife. They could do anything.

Every possible instrument is incorporated in an app that you can use from your laptop, PC, or even on your phone. They were first introduced in 1996 and they run inside of a digital audio workstation. Not only do they allow you the broad specter of instruments, but plugins like DAW VST Hub also give you a myriad of effects and transitions.

How do you use them?

The first thing you have to learn is how to use the equalizer. It’s responsible for maneuvering the frequency. It can increase, decrease, boost, or leave the rate unchanged. When you adjust the parameters, you also change the way sound is perceived. That means you can create more space for other instruments or elements to be heard without cluttering the track or making it messy.

There are three main types of equalizers and they’re graphic, dynamic and parametric. The first ones are the graphic type and they are mostly used to make overall changes. They are not too specific, and they need a lot of bands to function precisely. But if you want to make your track better overall, this would be the one to use. Click here to read more.

The second one is the parametric EQ. It works as a high pass or a low pass filter. That means that whenever a frequency passes through the highest point that you picked; it’s going to stay at that point. Humans can’t hear extremely high ranges of sound and that’s what this option is used for. The same thing goes for a low pass filter, and this makes use of lower frequencies.

Another option that you get with this is the Q. This setting can pick a specific band and make it wider or narrower. Due to this control, parametric EQs are mostly used in production today. They give you the tools you need and make everything seem easy.

The final equalizer is dynamic. This one is pretty much the same as the previous one. The only addition to it is a compression rate and a threshold setting. They are more automated than the parametric ones which doesn’t give you as much control as you may want. If you learn all of these, you’re going to be a master VST producer.

Vocals play a massive part in every song that has them. It can make or break a piece. It’s pretty rare to see someone who has a perfectly clear voice. Even if they have it, it’s extremely hard to keep it within a range and sing a song exactly as it was meant to be. That’s why most modern music adds effects to clear it, and that’s the reason why we have autotune.

You can use a VST to transform anyone’s voice. You can control their reverb, delay, vocal pitch, as well as emulate it as a synthesizer. You can make a whole new instrument using your voice or someone else’s. You only need to be creative. Follow this link for more https://thewire.in/culture/making-music-during-a-pandemic-how-community-sparks-creativity

As for the autotune, there are many settings and you can play with them and make everyone sound like a pop star. The first thing is the vocal register input type. This setting lets you make a choice between bass, soprano, and alto. Depending on the one you pick, the processor will make it sound like the vocal register.

Secondly, you have scale and song key. These two are responsible for determining the key of the song that’s being recorded, as well as the scale. After these, there is the finest of them all which is humanize. This setting controls how robotic your voice will sound like.

Humanize is the setting you need to perfect because if you use too little, it can sound like someone can’t sing. If you use too much, the autotune will be extremely noticeable. The humanize setting mainly goes with a natural vibrato. You can leave it natural or create it digitally.

This is mostly an effect plugin and lets you replay a sound over time. It’s primarily used in pop songs where they repeat a single word multiple times with the same tonality. This setting can make a track richer and lets it have more tonality. The best place to use it is in the refrain, where it highlights the entire verse.

This is a setting that lets you put instruments further away. This is helpful because not everything needs to be at the same volume. This setting is mostly used for drums because they give the beat and are not felt as much by the untrained ear. Using this correctly can make a song catchy. You can control the loudness from lower to higher to highlight it.

Music production is an entire world in itself. There are many things to learn, but it’s incredibly fun. You have the power of a director and you have the wand as well. As you move these settings, the song will play differently. When you master all of these components, you can create your own works of art.

At first, you might be overwhelmed, but that happens to everyone. Take it one step at a time, and don’t be afraid to experiment. The more you experiment, the quicker you will learn. And, the more you learn, the better you will become as a result.