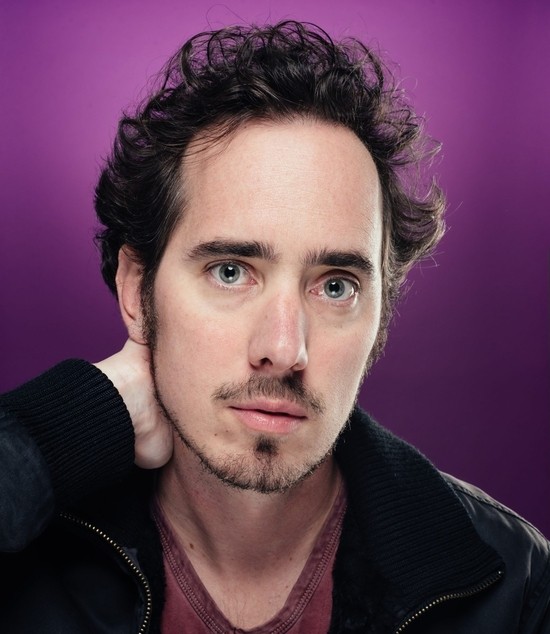 Jason Young of Heartour is a master of texture. Oh, he’s plenty good at all the other things required to make great pop-rock records: he’s skilled at coining indelible melodies, and setting them to rich, varied, harmonically innovative accompaniment, and singing his songs in a voice that’s clear, and pure, and instantly winning. And as the drummer of long-running Los Angeles indie rock band The Ruse – a group that has toured the globe in support of Muse – his rhythmic expertise is beyond question. But it’s Young’s remarkable ability to conjure a mood, a feel, and a specific emotion through sound that distinguishes him as an artist and songwriter. To listen to Heartour is to plunge into a sonic universe of Young’s own devising, one with its own rules, its own distinctive effects, and its own specific gravity.

R U IN, his fifth and latest album under the Heartour name, promises to be his most adventurous yet. He’s enlisted the help of one of the most reliably innovative soundscapers in indie rock: mixer Tony Hoffer, who has given shape to the dreams of Beck, M83, Belle & Sebastian, and Metric, to name a few of his clients. “Brain,” the gleaming lead single from the set, placed Heartour at the intersection of psychedelic rock and adventurous synthpop. “Let The Robots Drive,” the delirious follow-up, is, if anything, an even more skillful hybrid than its predecessor. Like much of the best psychedelic music, the single is dizzy, artfully destabilized, and wholly immersive – but it’s also compulsively danceable, radio-ready and stream-worthy, and instantly memorable. Not only does it build on the innovations of the prior Heartour albums, it incorporates many of the sonic innovations that Young has made with his pals in The Ruse.

“Brain” was a frank look at the costs of anxiety. “Robots” is a bit more playful, but there’s an undercurrent of apprehension just beneath the surface of its gleaming groove. Steffen Heil’s ultra-colorful animated clip for “Let The Robots Drive” keeps things high-spirited, but his images of landscapes that roll and shift like ocean waves hint of danger, and trouble in paradise. Heil is an artist with a distinctive visual signature – bold hues, hot pinks, expressive faces drawn with the fewest lines necessary – and his directness gives the clip a sense of immediacy that matches the forthright quality of the song. The robots here do drive, and they’re taking you somewhere beyond imagining.