The Greyhound Bus occupies a peculiar place in the popular imagination. It’s certainly not a glamorous way to travel, and it’s not particularly efficient, either. But it’s functional, reliable, and inexpensive, and used by millions of Americans – some of whom are notoriously hard cases. Greyhound will get you on the highway, and deposit you at your destination; after that, what happens is up to you. The long-distance bus delivers young Americans to new lives, and brings old Americans back home. The desperate traveler with few possessions besides her Greyhound ticket is a national archetype, and for a good reason: she’s real. 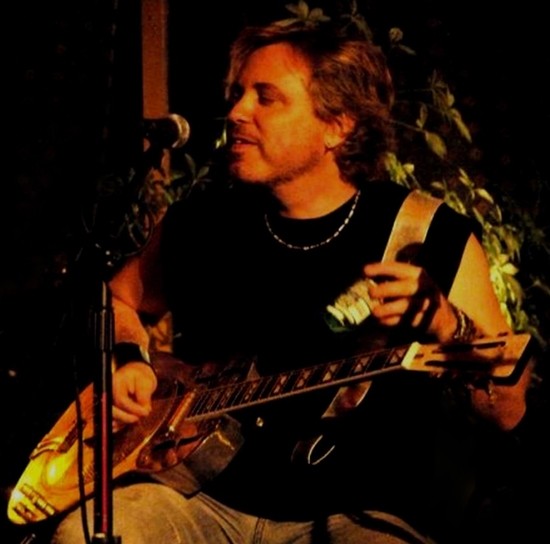 Jefferson Thomas’s characters are drawn from his real experience, too. The roots-rock and alternative pop singer-songwriter has been a witness, and he’s been an honest chronicler, and in “Greyhound Bus,” his newest single, he brings those trips on the interstate to life with color, detail, and compassion. He sings of the jailbird, the prostitute, and the former starry-eyed kid chasing his destiny in the big city. They all have one thing in common: their journeys of discovery included a seat on a Greyhound.

Thomas tells these stories in the bracing, tough-minded, forthright way he always has. The music, too, is two-fisted, full-throated American rock: piano, strummed acoustic guitar, a crisp backbeat, and a melody as wide, broad, and appealing as the open road. Sixteen Sundays, the latest Jefferson Thomas album, is full of songs like that – succinct, immediate songs with the timeless quality associated with classic rock. This set is every bit as thoughtful as his prior albums were; what’s different this time is that he’s floored the gas pedal, and he never lets up for a moment.

His sense of visual storytelling is just as direct as his musical sensibilities are. Thomas directed the clip for “Greyhound Bus” himself, and all of the footage he’s captured is in the service of the narrative. He shows us the lights of New York City, the rough road in the country, and the institution-green metal of the prison cell. Thomas gives us the prostitute, allows us to see her allure, and also lets us recognize the danger she’s in. Nothing here is sugarcoated; nothing is too polished. Just as Jefferson Thomas does on his songs, he presents us with hard facts, and a clear view, and lets us draw our own conclusions from them.