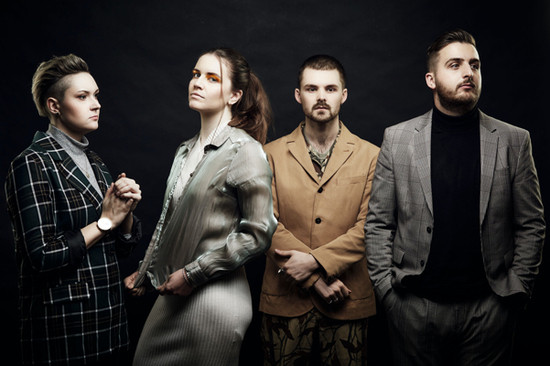 Another Sky have unveiled the video for their incredible new single ‘Brave Face’, shot in Norway and directed by Ingeborg Løvlie. The video features vocalist Catrin Vincent and intertwines the themes of femininity and nature, interspersing her performance with shots of Løvlie’s native Norway and mirroring the song’s mantra of “putting on your brave face” through Catrin’s electrifying performance.

Catrin had to say on the video – “The song’s core message is about transforming women’s darkest moments into something that empowers them. So we worked with two amazing women, Ingeborg Løvlie (Director) and Olivia Lockwood (Choreographer) to create a video that finds power in what is traditionally seen as vulnerability. Strength has no gender”.

The band recently performed it for NPR’s Tiny Desk series, available to watch here. The track is out now via Missing Piece Records / Fiction, and is taken from their anticipated upcoming debut album, due for release later this year.