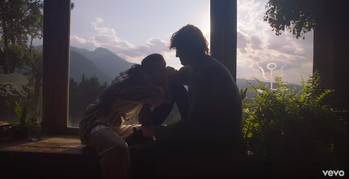 On Dean Lewis’s latest single, “Be Alright” for Island Records, he perfectly captures gut-wrenching heartbreak that comes with the hardships of a break-up. But while it deals candidly with anguish, the chorus swells with hope; a recognition that this pain is only temporary, with Lewis emotively singing “It’s never easy to walk away/ Let her go/ it’ll be ok”. “Be Alright” is the first taste of Lewis’ forthcoming album, and signals a newfound conviction in his own storytelling and singing capabilities.

Lewis’ debut EP Same Kind Of Different, gave us chart-topping single, “Waves,” which was added to Triple J rotation, has had over 122 million streams, 31 million video views and was the second biggest Australian single of 2017. Suddenly, Lewis was gracing the stages of Europe’s biggest television shows, playing headline shows and festivals slots across Australia and the US. “Waves” even appeared on programs like Suits, Riverdale and Grey’s Anatomy.