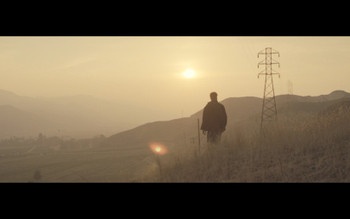 An extended length music video for Imagine Dragons’ latest song “Next To Me” (KIDinaKORNER / Interscope Records) is available now. Directed by Mark Pellington (U2, Pearl Jam) and filmed in Los Angeles and Las Vegas, the music film.

“The film is a complex and slightly surreal fable about forgiveness and redemption. It is a story of a man, and a projection of one fantasy colliding with the dark realities of fate. It asks, can a person who has made a terrible mistake ever be forgiven by their loved one or even by themselves,” says Pellington. “It is an ambitious music film, taking the traditional music video and breaking it apart, pushing it into film territory. I wanted to create something new, a narrative piece that was thematically complex and musical and I knew it needed to be longer.”

Vocalist Dan Reynolds added, “I wrote this song about the strains of the relationships in my own life and the beauty of enduring love. After late night conversations with Mark Pellington about life and his passion behind his vision for the film, we knew we wanted to take the journey with him.”