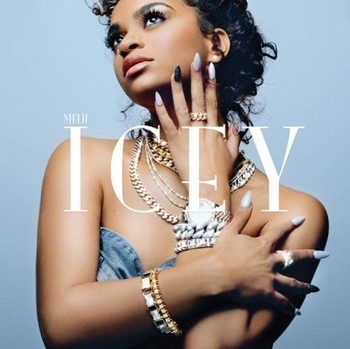 Melii comes out swingin’ on “Icey,” her newest single and video. Out today, “Icey” is a cold-hearted anthem and it’s the first track from her upcoming debut project, Phases, set to drop later this year. Showing off Melii’s sassy yet sensitive, sweet but savage personality, the video, directed by YGA for AWGE, is an overt flex from New York’s most promising, rising star. Watch “Icey” here and stay tuned for more exclusives.

Melii —the 20-year-old Harlem-based singer, songwriter and rapper— first exploded into mainstream consciousness after her remix of Cardi B’s “Bodak Yellow” went viral. Featuring swaggering, braggadocious lyrics and effortlessly melodious riffs, the sleeper hit showcased Melii’s natural ability to tame even the most driving, aggressive beats. This, coupled with the success of her single “No Simple Chick,” is setting the stage for 2018 to be a defining year. Since then, Melii has been in the studio recording her debut project Phases. The narrative-focused offering will explore her past – from the painful memories to the victories that culminated in her ultimate success. Slated for release this summer, Phases is an intimate portrait of a multi-talented artist who is equally as comfortable singing as she is rapping and songwriting.