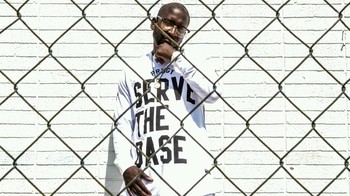 Born in November of 1978, raised in Detroit, Michigan, Kimani Carter comes out swinging. Through various inspirational channels, such as his mother (R.I.P.) and influential artists like Michael Jackson, Tupac, Queen, Nirvana, Outkast and Daniel Day Lewis, Kimani strives to enhance his musical experience not just for himself, but for his current and future audiences.

“Doing what you love and taking an iron approach is how everyone should look at life,” Kimani stated in an interview earlier this year. “Do what you love until you don’t want to anymore, and leap from one dream to the next.”

Kimani has opened for famous artists Eminem, Scarface, and Bizzy Bone in the past, and has traveled to various territories in the United States. With an extensive travel bucket list on the agenda, Kimani wanted to see the world for its luster and drink in every moment.

“Time is precious,” Kimani states. “It’s the only commodity you can’t get back when you spend it. You can’t get more when you waste it.”

In his early life, Kimani was raised by his loving mother and father, and grew up the youngest of five boys. They weren’t rich, nor poor; every element of his environment was crucial to developing his rapping skills.

With the upcoming release of his next album, “Dear God, Help… Sincerely, Kimani Carter,” two titles will be supplied as singles. “The Revenant II” and “BANG,” which will lay the groundwork for the album’s release. Through his Hip Hop-infused lyrical mastery, Kimani hopes to conquer the scene in the coming years.