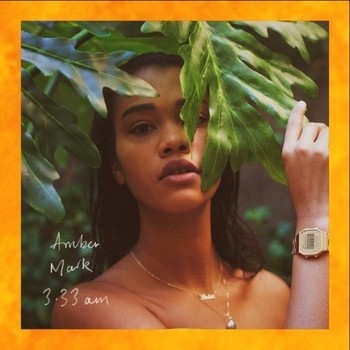 3.33 am’ is the debut EP from NYC songwriter and vocalist Amber Mark, released via PMR Records/Interscope this May 12th. The lead single taken from the seven-track EP, ‘Lose My Cool’, is a breezy, uptempo blend of future R&B and introspective lyricism that was debuted by Radio 1’s Mistajam as part of his ‘New Names March’. The video for ‘Lose My Cool’ was released today.

Spending her formative years travelling the world and imbibing music, art and culture alongside her mother, Amber Mark’s artistry is a kaleidoscopic mix of influences. From the jazz, soul and Indian classical music she listened to at home to the hip-hop and downtempo electronica she soaked up along her travels, these influences are reflected on ‘3.33 am’, a collection of songs that tell the story of the loss of her mother in 2015, as well as her resulting experiences of grief, acceptance and overcoming. Each track on the EP is formed around a stage of her grieving process; “Regret, anger, isolation, sadness, questioning and overcoming… Those were my stages.”