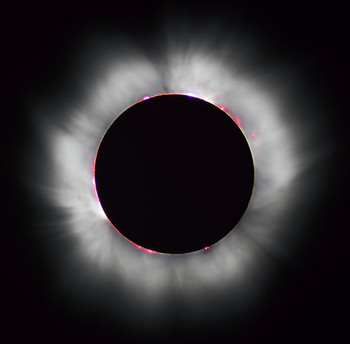 America is going gaga about the most awesome natural phenomenon that it is going to witness on 21st August 2017. On this day, the people of the continent will be able to view the great American solar eclipse that will cross the continent almost after a century, 99 years to be precise. The excitement of witnessing a rare phenomenon is growing by the day. More and more people are preparing to be present at the most convenient places along the path of the shadow that could make them a part of history too. What makes people so excited about it has been discussed in this post.

Darkness at noon
On that day, Americans will experience the true meaning of darkness at noon. A thick black line measuring about 70 miles in width will be cast across 12 states from the North to South. The dark band will be travelling at a stupendous speed of 1000 miles per hour and will cut across from the west coast to the east. What will happen is truly dramatic – there will be complete darkness all around during the middle of the day that could confuse people about what time of the day it is. Birds would be flying back to the nests and its voices would be silenced in the way it happens at night.

Why it is unique?
Eclipses are normal scientific events that keep on happening for both for the sun and the moon. But the total solar eclipse is unique and stands out from other eclipses in many ways. Firstly, it is a rarity of occurrence that can be viewed from some places on the earth. Secondly, it is considered to be once in a lifetime event. Thirdly, the event is rarely visible from land as the band of shadow usually moves over large parts of water since it occupies larger share of the earth. Now that almost 12 million resident Americans can see this wonderful event it is natural that they are excited about it.

The trajectory of the shadow
The band of shadow that will keep people mesmerized for some time will cover the vast expanse from Oregon, Idaho, Wyoming on the east, move through Nebraska, Missouri, Illinois, Kansas Kentucky and Tennessee and proceed further west to cover the states of Georgia, North and South Carolina. The wide land coverage of the eclipse is something that does not happen too often. In 1979, a similar total solar eclipse was visible from land only at a very small part of the Pacific Northwest.

Visible throughout USA
The people who are fortunate to be placed within the trajectory of the shadow will be witness to the total eclipse in all its beauty. However, those lying within the region of continental United States but not within the ambit of the complete shadow will be able to see up to 60 percent of the eclipse.

But what really would leave people awe struck is the vanishing act of the sun at noon as it disappears from the sky and throws the earth in complete darkness for some time.