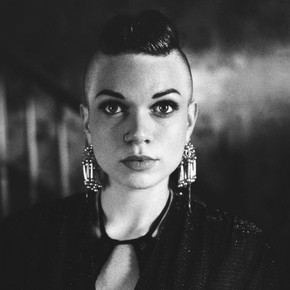 Third Man Records has announced the extraordinary new album from Nashville-based singer-songwriter-musician Lillie Mae. FOREVER AND THEN SOME arrives worldwide on Friday, April 14th and is available for pre-order now, with all digital pre-orders receiving an instant download of the album’s wistful first single, “Over The Hill and Through The Woods,” which was also released today.

“Over The Hill and Through The Woods” is accompanied by a companion video, directed by acclaimed filmmaker, photographer, and producer Elise Tyler (Damien Jurado, William Tyler, Kevin Morby). The clip premieres today on YouTube. “Over The Hill and Through The Woods” will also be available as a vinyl 7″, beginning tomorrow, February 24th, at thirdmanstore.com. A limited edition 7″ will then be released exclusively at Third Man’s Nashville and Detroit retail stores for Record Store Day 2017 on April 22nd.