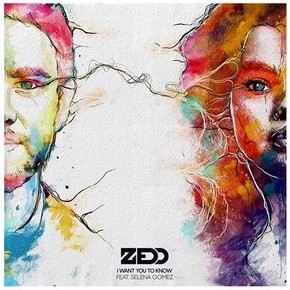 Multi-platinum, GRAMMY award-winning artist/DJ/producer Zedd dropped his brand-new single “I Want You To Know” featuring Selena Gomez at midnight this morning. The single is now available for purchase and streaming worldwide from all digital partners.

“I Want You To Know” was written and produced by Zedd with contribution from OneRepublic’s Ryan Tedder. Zedd’s new Interscope label-mate Gomez provides the powerful vocal to the uplifting pop-influenced dance track. It is the first single to be released from Zedd’s forthcoming second album and follow-up to his 2012 debut Clarity, which spawned five singles, including the Grammy-winning title track, and cemented Zedd as a global star. The new album will be released by Interscope Records this spring 2015.