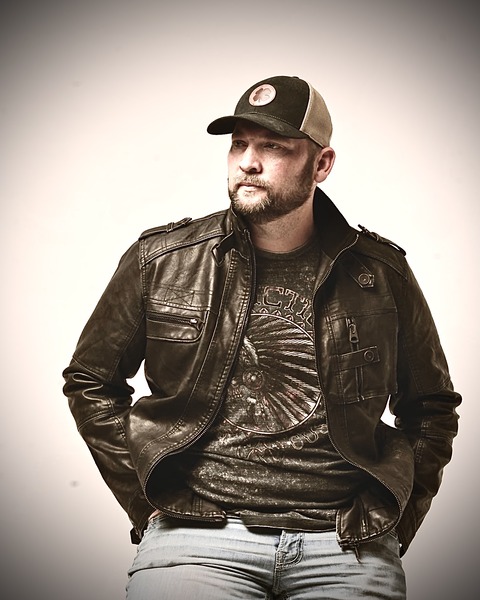 In 1995, as part of a vocal group from his home state of Alabama, Robert Abernathy won the annual Nashville Starbound Competition at the Grand Old Opry House. The future looked promising for the young singer-songwriter—until his band separated later the following year. Life then spun its wheel towards marriage, teaching middle school science, coaching wrestling, and raising kids. From time to time, he’d dust off the six-string, play his favorite Eagles tunes, write a song or two and then get back to his commitments. In 2009 a friend suggested he start gigging around town and get back to what brought him joy. As the frontman of country/rock band Shotglass, he garnered attention and was asked to play solo shows, where his earnest spirit and homegrown storytelling attracted a following and accolades, including being named the #1 Country Artist by The Bash (formerly Gigmaster) from 2016-2021 and Alabama Male Country Artist of the Year in 2018. Shows at the right place and time put him in front of Nashville bookers, which landed him regular gigs on Broadway and blossomed into a record deal just a year before retiring from teaching—at 48 years young.

With an untapped catalogue of over 300 original songs and a lifetime of relatable human experience, Abernathy is poised to become country music’s prodigal uncle, returning to the scene full of wisdom and fun. With a fresh relocation to Music City, USA, Abernathy plans to continue recording, releasing, and rocking out around the town and country.

Inspired by a text from his son while on a military assignment in the Mojave Desert, “Big Bass Problem” is the timeless country romp you didn’t know you needed. Torn from the same playful and self-deprecating cloth of Toby Keith’s “Red Solo Cup,” Abernathy’s goofball anthem celebrates a borderline unhealthy obsession with—yes—fishing. Between the expertly spun lyrics and killer supercharged licks from Kenny Chesney guitarist Jon Conely, the tune is sure to put a smile on your face and a tappin’ in your toes. And once the rush wears off, it might even awaken you to your own Big Bass Problems.

For an extra hefty chuckle, look no further than the freshly minted music video companion to “Big Bass Problems,” directed and produced by Luis Ernesto Gonzalez Hernandez. Wide-eyed and mischievous, Abernathy and his crew of fishaholics ambush Mark’s Outdoor Sports store in Birmingham, Alabama, looting the shelves, dancing in the aisles, and fleeing the cops—unsuccessfully. Their antics land Abernathy in therapy to discuss his fish-ues with a professional, and the video closes with him sending a text disclosing his problem to his unsuspecting wife. As we fade to black, a teaser lures viewers in for another video to come. Stay tuned as the saga continues!