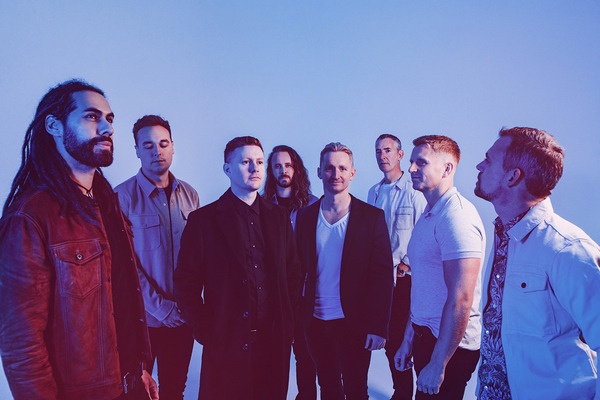 Rap God Casual of the mighty Hieroglyphics Crew and production phenom DEAD PERRY are back with the stand out single “White Crown,” featuring the legendary DJ Eclipse. On this Friday the 13th release, DEAD PERRY sets a dark and ominous soundscape that plays background to the top tier scratching of DJ Eclipse, accompanied by Casual educating you on the crowns of ancient Egypt. The Ancient Egyptian imagery by TME Visionz is the perfect companion to Casual’s gritty lyricism. This is hip-hop at its truest form and sets the bar high right from the onset of 2023. Check out the video now on YouTube and the single streaming on all platforms.

Sheffield’s rising stars of Alternative Metal ‘Shadow Smile’ return with their new single ‘Signed In Blood’. This is the title track from their crowdfunded debut album expected to be released in coming months. Produced by Daniel Jeffery and Mixed by James Pinder (The Wildhearts, While She Sleeps, Malevolence) at Treehouse Studios (UK), the single provides an explosive taste of things to come from the British outfit featuring Connor McGovern (Vocals), Adam Smith (Guitar), Ethan Goebel-Todd (Bass) and Joe Fletcher (Drums).

About 5 years after the release of the full-length effort ‘Wailing of the Leonids’ (2017), conceived as the story of a true sidereal epic research of a new home for humanity, When The Light Dies finally released a “sequel” and dystopic epilogue of the album called ‘Into The Unknown’.

Listen Now “With You”, The New Emotional And Touching Song Of Alt-Rock Artist Chaidura

Hailing from Singapore and currently based in London, Chaidura is an alternative rock artist with a penchant for creating fresh melodies, incorporating an amalgamation of various influences. Inspired by visual kei bands like Gazette, Dir En Grey, Lynch and alternative metal bands like Bring Me The Horizon and Bad Omens, Chaidura creates a unique sound that’s a blend of east and west. Today the artist has revealed a new single called “With You”, a touching song with an interesting mix of elements as electro, emo and metal.

A couple of weeks after unveilling the audio version of the song and a very successful crowdfunding campaign on wemakeit, Swiss progressive post-metal collective Nevborn shared a video illustrating the ‘single’ “NEMEA” on YouTube.

This track will be part of the first chapter of the ‘Alkaios’ trilogy, a complete project gathering many artists from different backgrounds.

Winning fans with his playful personality and self-produced soundscapes, Eem Triplin is one of rap music’s most promising rising stars. Listening to the devil on his shoulder for a flex-heavy banger, the Johnstown City, PA native drops off “WALKED IN,” his latest single. Produced by Eem himself, “Walked In” benefits from an immersive instrumental that mixes bells that chime like a submarine radar with a bass deeper than the Mariana Trench. Eem swims through the hazy atmosphere with his signature rasp, piecing together flexes into infectious earworms: “I went from rags to riches/B*tches you had, I had them b*tches/I’m the only n***** from my f*ckin’ city runnin’ up a milli on my business.” “Walked In” continues a heroic run of singles from the 21-year-old artist, most recently following “LET YOU KNOW,” a Pitchfork-praised collaboration with his close friend $NOT.

“Konse” is a nyanja word that means everywhere, its a praise song that highlights gratitude to God. The inspiration comes from a place of thanksgiving in moments when the Lord has delivered us from places, situations, and circumstances that seemed impossible to overcome.

Despite the fact that we often flee or hide from God’s companionship, Paul Payne837 reminds us to express deep gratitude and praise for God’s presence that moves with us everywhere we go on a daily basis. He is always pursuing our hearts, showing us the way forward in love, grace, and mercy.

Finding a sublime equilibrium between the malevolent and the majestic, “Already Forgotten” flits from sunny to spooky in a beat. With ’90s-tinted driving guitars pinned against buzzing drum beats and euphoric instrumentals, the track is an electric example of Hibou’s knack for conjuring sharp and surrealist images through his songs.

A propulsive pop song with a chorus as big as a Hebridean sky, ‘Everything You Need’ melds those two worlds more cohesively than ever. Luminous synths, the exuberant rush of their live shows and some rootsy, traditional inspiration combine to take Scottish music to the global stage. And vocalist Alec Dalglish has never sounded better, his confident topline exalting a belief that better times will eventually triumph over challenging circumstances.

Last May, Graduation Speech released Controlled Burn – a tender and introspective five-song EP by the New Jersey native. The songs were quiet, reflective, and felt like the other side of the coin from the angsty output by Kevin Day’s indie-punk outfit Aspiga. Today, Graduation Speech is releasing a single titled “Burn Eternal” that is a continuation of the mood of Controlled Burn but feels even more personal.

House icons Masters At Work dropped something special with 2001’s ‘WORK’, an unforgettable mix of boisterous soca rhythms, full-force house energy and a swaggering, sassy topline courtesy of Denise Belfon. Over twenty years later and this classic soca anthem is taking over dancefloors in 2023 with a fresh version of the track from Kevin McKay, the producer/DJ behind ‘Gimme Gimme’ and a reimagined take on Missy Elliott’s ‘Work It’ which hit #1 at Beatport in 2021. Listen HERE.

He says his new single is “a storytelling demonstration of certain hard decisions that have to be made in order to survive in impoverished situations, and the seven sins that accompany.”

Swedish-born artist Hanna Ögonsten is back with her latest release ‘Lost It’, a zippy, synth-ridden alt-pop track that sees her delving into her own insecurities and ultimately losing control of her own mind. The new single, out 13th January 2023, is taken from her debut EP ‘have you seen my mind cause’ I’ve lost it’, slated for release 28th April 2023.

Displaying tight musical backdrops which range from psychedelic, to funk, to classic-rock and even elements of ska and dub, the band’s lyrical wit and impeccable musical talents shine across the album’s 10 tracks. Perfectly capturing their live sound with an added professional, spotlessly produced sheen, the new 10 track release showcases what an exciting prospect AstroYeti are.