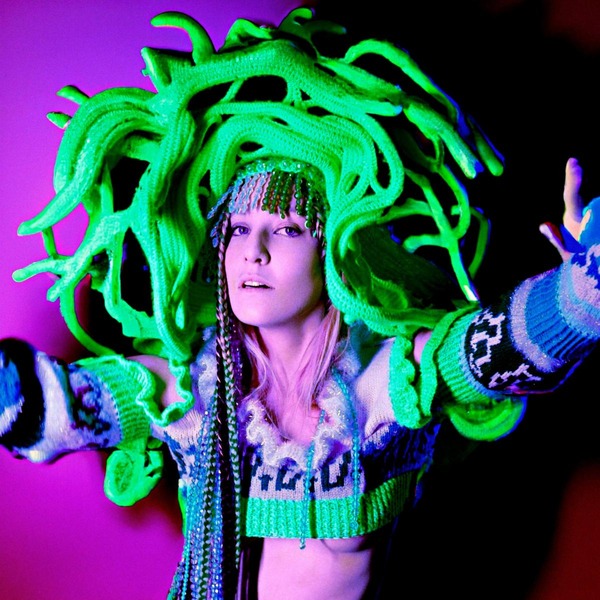 Never Going Under is the band’s highly anticipated fifth album, which is out today via PIAS / Lower Third, and features the singles “Hell On Earth”, “Do You Wanna Talk”, “Carry You Home” and “Living In The Grey”.

Never Going Under is the encapsulation of a continued upward trajectory for Circa Waves over the last decade. Becoming one of Britain’s most influential and adored guitar bands across five genre-defining albums.

In conjunction with the record release, Dust Biters released two collaborations: a burger with the lauded metal authority Kuma’s Corner that unites ingredients from each member’s native region, and the “Guilt Gose” with Metal Monkey Brewing – a traditional German-style sour wheat ale spiced with habanero peppers and pineapple, an allusion to the band’s penchant for musically blending the spicy and sweet.

Recorded in Jamaica, “Gimme” is from Gloria, Smith’s fourth studio album, which will be released on January 27 via Capitol Records. Describing the track as “filth!,” Sam Smith says, “I’m a sexual person, I like sex. It’s something I’m teaching myself to not be ashamed of. Me and Jessie were basically drunk, drinking whisky in Jamaica, two in the morning, running around absolutely wasted, like two girlfriends having a laugh.”

For Skope: Disco-house duo 2Awake debuts on KSHMR’s Dharma with their 1st single ever “Wanna See You Dance” (out now)

Acclaimed composer, pianist, and singer-songwriter, Rob Kovacs presents his new ungrounded single, “Star Forge,” off the upcoming virtual reality game soundtrack, STRAYLIGHT, which he entirely scored and engineered. “Star Forge” is an immersive, sound-swirling, warm, chill synthwave track that elicits feelings of wonder, exploration and endless possibilities. Inspired by the abstract and brilliant world of the revolutionary VR experience, this song utilizes a retro synth (Prophet 5) and runs it through modern technology to create a sound unlike anything out there currently.

The 12-track body of work spotlights his impressive progression both sonically and visually. Among many highlights, he sets the tone for the project with the intense, yet infectious opener “My Real Dawgs” [feat. Young Nudy]. Elsewhere, cinematic classical piano blazes through an ominous beat on the standout “Ain’t On None” [feat. 21 Savage]. He and the Slaughter Gang founder and GRAMMY® Award-winning multiplatinum rap superstar ignite an undeniable back-and-forth. Nardo Wick pulls up on the anthemic “Give No Fcks,” while the finale “Black Mobb” culminates with bright keys and upbeat rhymes from 21 Lil Harold as it illustrates his melodic sensibility.

“The song is written about having dealings with a witch and getting screwed over, ultimately ending in the classic ‘burning of the witch’ cliche. However, this is all actually metaphor for the double standards of modern romantic relationships, the inherent ungratefulness that persists within them, and the desire to get out of such a situation.”

We stand at the precipice of a “New World Order” and trans-human enslavement. It’s an Orwellian nightmare of censorship, media programming where the surrender of our freedoms is unfolding around us.

Sweden’s SIENA ROOT will release their eighth studio album, Revelation, on February 24th through Atomic Fire Records. In advance of the record’s release, today the band reveals a lyric video for the track “Keeper Of The Flame.”

SAMTAR’s “Shadow of the King’s Charade” Out Now

Shadow of the King’s Charade, the newest album from alternative one-man band SAMTAR is out now. Comprised of 13 wildly imaginative compositions, the album stands out as an artistic, genre-blurring journey through the multiverse.

San Diego-based producer Knock2 is an Asian American producer who has been lighting up festival stages with a slew of banging bass house hits and trap anthems. He’s currently plotting his way towards his forthcoming ‘ROOM202’ EP on NIGHTMODE. The lead single “Make U SWEAT!” is another instant bass house classic that raises the temperature with its infectious melody lead, shuffling drums, futuristic sound design, zany vocal chops, and a playful energy that will leave crowds soaking wet.

Swedish/Swiss melodeath/thrash combo Katapult unleashes the video for “Sweetheart Come,” once again created by the band’s visual wizards Florian Moritz and Johan Norström. The song deals with the heartbreaking story of German outsider artist Emma Hauck and the letters she wrote to her husband while she was institutionalized in a psychiatric hospital. Unfortunately, the letters were never sent.

Slow Fiction Share “In the distance, where it doesn’t matter” Single via Alternative Press | ‘Slow Fiction’ Debut EP Due February 16, 2023

Brooklyn’s Slow Fiction have gradually gained acclaim and local notoriety after releasing a slew of stellar singles in 2022 (including as double A-side, “The Cut” / “Niagara,” and standalone tracks, “Nameless Harm” and “International Cherry”). In turn, the band has been found on bills all over the city, performing alongside acts such as Sports Team, Girl Skin (with whom they toured last spring), Native Sun, The Wants (mem. Bodega), Thus Love, Dead Tooth, and more, in addition to making an appearance at last year’s New Colossus Festival (view the Paste live session).

“Back to You, Love” is a lushly retrospective single that evolves from bossa-nova charm into twangy jangle-pop enthusiasm.

UK-based producer Rohaan has become one of the most refreshing figures in the drum & bass realm, while continually exploring the many subgenres of bass music. He’s returning to HARD Recs with his sophomore single, “Something In The Green,” a lush drum & bass track underpinned by a romantic vocal. Soft and delicate singing glides atop a web of complex drum patterns, emerald-colored melodies, lofty pads, and airy textures. His label debut “Euphoric” was featured on BBC Radio 1 Introducing, included in Rohaan’s George FM Drive Guest mix, and drew press support from FuxWithIt, The Music Essentials, Find Your Sounds, The Festival Voice. He has upcoming gigs at Countdown NYE, Visions Recordings showcase (Groningen), and headlining shows in Manchester and Louisville.