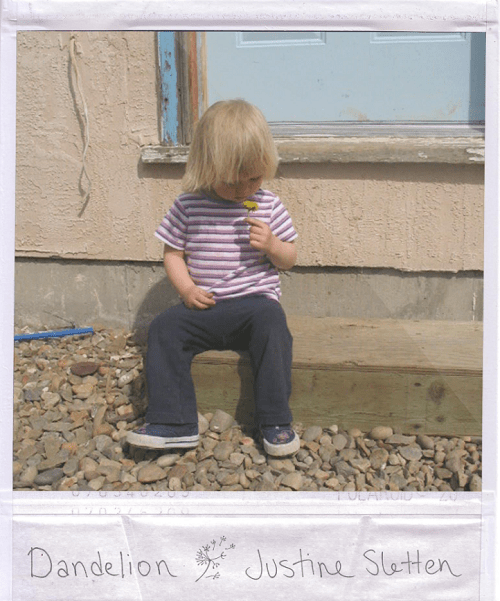 In her new song “Dandelion,” singer Justine Sletten isn’t pulling any punches in the lyrical attack she employs – if anything, she’s going out of her way to show us just how assertive and open she can be with her audience, even in a more intimate composition. Sletten is reaching out to us in “Dandelion,” and whether we’re consuming the track on its own or indulging in the emotionally-charged spellbinder that is the song’s lovely lyric video, this is one number that isn’t going to escape your mind as 2023 gets started. Country music has been enjoying one of its most diverse and thrill-inducing renaissance periods in decades lately, and thanks to artists like this one, we can count on the excitement continuing throughout the 2020s.

Visually speaking, the music video for “Dandelion” is as artistically cut-and-dry as they come. Though it’s steeped in somewhat concealed evocations, it doesn’t come off as being overtly cryptic or unrepentantly excessive with its poetic depth; contrarily, there’s a strangely even-keeled feel to the structure of the imagery, and more pressingly, its synchronicity with the music. You don’t have to be in the business to appreciate the full-color detail in this video, nor the amount of time and attention that must have gone into structuring it to be as solid a piece of work as it is, but for those of us who live for lyric videos that go against the mainstream mundane with everything they’ve got, “Dandelion” is going to be a hard experience for any indie country singer to top this December.

I’ve been listening to this track quite a bit since it first landed on my desk this past weekend, and no matter how many times I give it a spin, the beat catches me off guard in the refrain from the chorus without fail. It’s a chilling addition to an already menacing juncture in the song, and its lyrical pairing in the arrangement adds to the intensity of the music tremendously. Sletten’s vocal is undoubtedly the main reason to pick up “Dandelion” this month, but it’s not the only one; though I expected a lot just based on the hype surrounding its release, I was not anticipating this single to be as instrumentally and vocally stirring as it is. It’s the full package, and that’s not exactly easy to find in commercially-backed country music of any strain.

You can never be certain about a track that gets the kind of buzz that Justine Sletten’s “Dandelion” has been getting until you’ve heard it for yourself, but I’m very pleased to report that, in this case at least, this is a song and video that live up to the high expectations that have been set for them by critics across the country this winter. Both casual country fans and serious audiophiles who will do just about anything to get their hands on a good groove will not be disappointed by what “Dandelion” is dishing out in spades at the moment, and I say that knowing just how discriminating modern country fans can and should be these days.