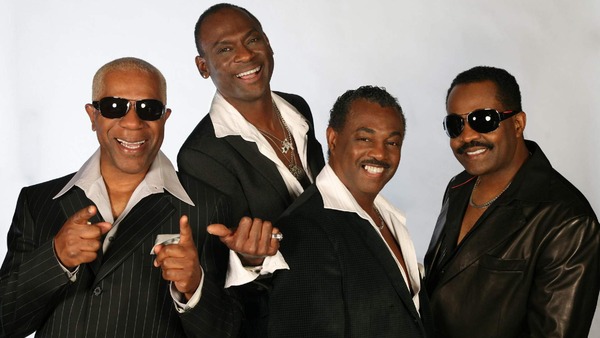 Whenever people have gathered, Kool & the Gang has been there. It’s likely that no group in the history of the world has started (and sustained) more parties than they have. The irrepressible band from New Jersey laid down a boogie in the early ’70s that has just kept going and going — because who would ever want to stop it? Their world-famous songs have been the soundtracks to weddings and graduations, anniversaries, park barbecues, and millions upon millions of birthdays. Bassist and band cornerstone Robert “Kool” Bell knows: just being alive is a reason to celebrate. In tough times like ours, sometimes it helps to get a reminder from an expert in the fine art of getting down.

“Let’s Party,” the latest Kool & The Gang single, is just that: an entreaty to put aside worries, cut loose, and have fun. It’s the same message the group has had for us since the days of “Jungle Boogie” and “Hollywood Swinging,” and it speaks to the same elemental human desire. People need to feel connected, and Kool and the Gang have always known how to get everybody moving to the same drum. The arrangement of “Let’s Party” calls back to the 1975 chart-topper “Spirit Of The Boogie” — one of twenty-five Top Ten R&B singles in the band’s discography — and the message is even older. But the electronic elements and synthesizer sounds feel boldly contemporary. Expertly produced and co-written by longtime Kool & The Gang drummer George “Funky” Brown, “Let’s Party” is an incendiary example of the timelessness of dance music and the fundamental unbreakability of the groove.

The song and music video also introduce the uninitiated to a fresh face. Singer Sha Sha Jones is the first woman to share lead vocals on Kool & The Gang tracks, and her optimism, gentle hedonism, and sense of fun mark her as a natural addition to the lineup. Jones co-wrote “Let’s Party,” and she’s one of the stars of the clip — she’s videogenic, radiant, charismatic, and completely locked in with the rest of the group. The camera catches the members of Kool & The Gang in immaculate white, singing and playing beside a backyard swimming pool on a beautiful day. A party is in full swing, and everybody is dancing to moves designed by the award-winning choreographer (and longtime Kool & The Gang collaborator) Christina Berry. Does “Kool” Bell put down his bass long enough to show us some moves of his own? Well, there’s a beat, a groove, and a celebration. You can guess the rest.