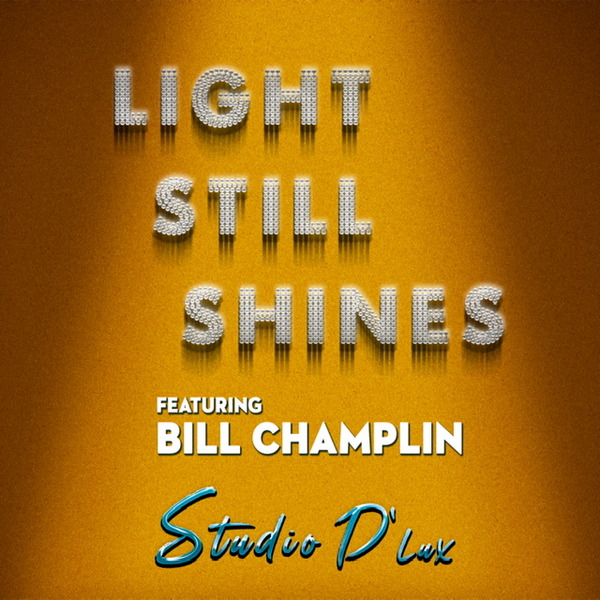 Set to release their debut EP in early December, Studio D’Lux teases the power and theatrics with their debut single Light Still Shines. The brainchild of Doug Kistner, this collaborative work features some of the biggest names from the most prominent mainstay acts of yesteryear. With Bill Champlin of Chicago fame, Joel Hoekstra, formerly of Whitesnake, and Liberty Devitto from the illustrious Billy Joel band, the maturity, professionalism, and astonishing raw talent are bound to carry this track into the next stratosphere. Of course, we end up with a track that lends from these talents and previous projects but brings it into a modern age of progressive rock. Coupled with an inspiring message of hope when all is dark. “When you feel like you’re losing your soul, when you feel the loss of a soul; the Light Still Shines”. This upbeat number keeps that positivity throughout as the vocals harmonize into a magnanimous chorus that fills the listening space with awe and zeal. Throw into some sweet guitar solos, which play on repeating patterns and the melody builds a tension that this group of troubadours is able to resolve with ease as the audience is ready to burst during the recapitulation of the theme in the outro of the song. What really stands out from a reviewer’s perspective is the effective way Studio D’Lux is able to take a contemporary track and make it feel very theatrical. The imagery of the band playing this track to a chorus line fills me with inspiration and a prolonged euphoria.

As Studio D’Lux is ready to polish off its EP, more great talents are being promised to lend collaborative help. Musicians from Steely Dan, Trans-Siberian Orchestra, and Styx are also on tap to bring Doug Kistner’s vision to life. As these great players come together, listeners will be keen to witness performance at its finest. With Light Still Shines, however, this presentation really does salivate the taste buds for more. It probably goes without saying that the production of this track is second to none, with every frequency delicately blended to provide the optimum sonic experience. As mentioned, the effective use of harmonizing vocals over the call and response style guitar melodies really fills the listening field making this track ideal for live performance, or on any classic rock, progressive rock, or Adult contemporary commercial radio playlist. Light Still Shines is at its core a very enjoyable track, which should be enjoyed for its pageantry as well as its clinic in songwriting and production execution. Yes, anticipation is growing for the December 2 release of more from Studio D’Lux.