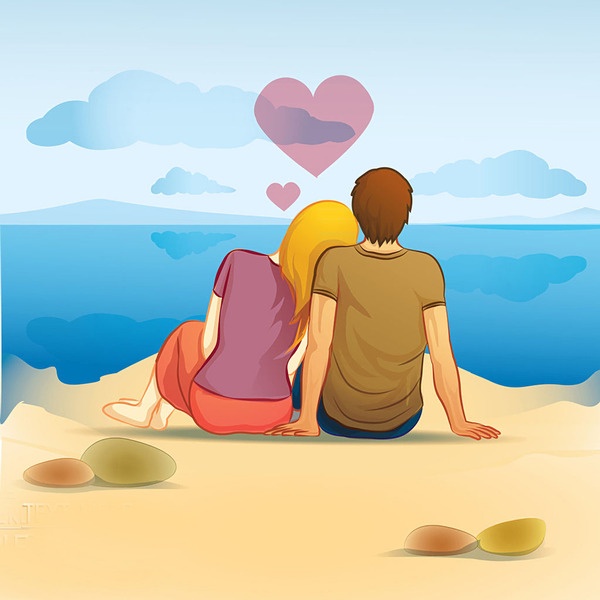 Nature has always been used in song to help describe romance. Certainly, no man would never compare his lover to another woman. Thus, humans need to reach beyond humanity to help approximate the grandeur of their nearly indescribable love interest. For his single, Richy Snyder has recorded Irving Berlin’s oceanic “How Deep Is the Ocean?” and it’s a lovely song, sung well.

Snyder reached a long way back to grab this one, too. “How Deep is the Ocean?” was written by Berlin back in 1932. Interestingly, the original title was “To My Mammy,” which was sung by Al Jolson in his 1930 film Mammy. One can also hear this lyric as an ode to one’s mother, certainly.

With a song this vintage, it has – one can easily imagine — been recorded multiple times before Snyder ever got to it. Other artists that have sung about the sea and the sky with it include Billie Holiday, Frank Sinatra, Bob Dylan and even Eric Clapton. Its lyrical questioning spirit has been going on for decades now and shows no sign of slowing down.

Snyder doesn’t attempt to reinvent the wheel, so to speak, with his contemporary rendition. While modern in studio technique, Berlin would likely heartily approve of this recording. It begins with the softly tickled ivories of an acoustic piano before what sounds like steel guitar slides into the mix and then Snyder begins to sing it. Snyder’s singing is smooth and smokey. Very relaxed. Quite assured. He’s not breathlessly describing his love, but merely relaying the fact that his love is, well, darn near unfathomable.

Of course, had Snyder taken a scientific approach to singing about his love, he would have sung how the average ocean depth is 3.7 kilometers or 2.3 miles. The highest clouds are no higher than 12 kilometers or 7.5 miles above ground. Lovers don’t want science facts, though. They want to lose themselves in dreamy romance, which is what this song’s lyrics and melody create.

Berlin’s lyrical measurements are also used to describe heartbreak, as Snyder asks, “And if I ever lost you, how much would I cry?” to then ask again, “How deep is the ocean?/How high is the sky?” Another verse speaks to the great lengths this smitten lover will travel to be with the object of his affection. “How far would I travel, to be where you are” to answer this question with another question, “How far is the journey, from star to star?”

These words are surefire lover-pleasers. This love is at least as vast as the known universe, if not greater. Granted, these are not exactly practical descriptions. There’s no way to prove their accuracy. If somebody sings this song to you, you’re just going to have to take their word for it.

However, as a love song, it’s ever so innocent and sweet. Richy Snyder fully inhabits its sentiment. One can only hope a partner feels these same emotions many years later, exactly as they were felt at the start of the partnering. This song resonates with so many couples, which is why a song from the ‘30s is still being sung today. How many more times will it be recorded? Well, how deep is the ocean? This version is clearly one of the better ones.