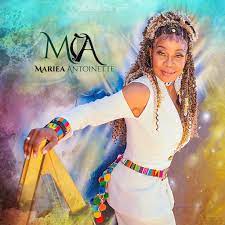 Children have been learning to read sheet music, sing, and play recorders in their performing arts classes in grade school for many years. Considering their malleability and receptiveness at that age, it grants the perfect opportunity to unlock new, unfamiliar passions and interests in young aspirational minds. When Mariea Antoinette’s music teacher brought a harpist to perform for their class, she was instantly touched by the instrument and was sold on becoming a master harp player. That is precisely what she did, earning her bachelor’s and master’s degrees in music and harp performance. She has performed for President Barack Obama, been featured with chart-topping pop and soul groups, prestigious symphonies and festivals worldwide, but most importantly, with considerations for Grammy nominations in multiple categories, the Billboard-charting Antoinette has never let the classical confines expected of the harp keep her from creating her own signature sound. She infuses her work with influences from R&B, soul, jazz, and funk to create music that reflects her personality in a way that makes the harp much hipper and cooler than it was ever intended.

Her latest single, “So Amazing,” perfectly embodies her unique musical expression. Her harp-conducive cover of the classic hit from R&B legend Luther Vandross is utterly breathtaking, with her gentle and meticulous playing over the celestial backing instrumental. The story behind the song is part of what makes it even more special. Performing “So Amazing” at a wedding, Antoinette received a grand applause once she was done playing the bride to the altar. It was a clear sign that her “Amazing” arrangement was destined to be shared with international audiences!

Antoinette’s artistry carries over visually too. On the one hand, she’s playing in an open field with flowers and a rolling landscape, roses draped around her harp, adorned in a beautiful flowing red bedazzled dress. On the other hand, as the video progresses, she struts boldly in a neon yellow top and fluorescent pink leggings. With her custom-made mini-harp strapped around her, she finishes the song at the base of the majestic staircase. Mariea is simply beaming with joy and fulfillment with every touch of her harp from beginning to end of this sophisticated, cinematic music video. Replete in her sartorial elegance and charm, she sells audiences with her passion and undeniable gift as an accomplished musician.