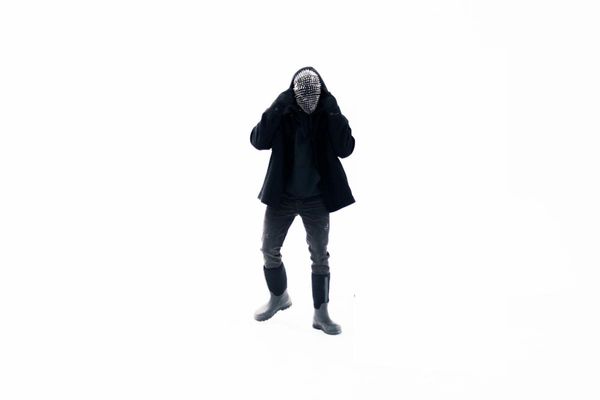 Hendricks 2.0 has created a national household name built on the chiseled backbone of his modeling career that has evolved over the span of a decade. His career roadmap is stamped with major cities such as LA, Atlanta, and Houston which have been known to promote countless booming talents. His time spent in these cities, with the support of modeling management companies such as Bowie Management, NTA Model Management, and the Neal Hamil Agency, landed him gigs with respected brands like Academy Sports & Outdoors, Puma, Versace, Burberry, Vince, Macy’s, Neiman Marcus, M Penner, Abercrombie, and a host of others.

Hendricks 2.0 has worked with world renowned runway and fashion show producer, Michael Maddox who became Michael’s mother agent at a pivotal point during his career. He has also booked several magazines including his first magazine centerfold, which was a four-page spread in Basic Magazine. Commercials including the intro to BET’s Sunday’s Best are also a part of his long list of successes.

Modeling quickly open the door for other passions to be revealed such as custom shoe designer, songwriter, and recording artist.

His repertoire expanded exceptionally the moment he added songwriting to his resume and began ghostwriting for artist, both Hip-Hop and R&B. “Working with other artists was cool, but there was always something inside of me telling me that I could do it better myself. ”This poise landed him the title of recording artist. Michael released his first single, “Take a Picture,” in 2019, and became famously known as the first artist to release a custom shoe and a song in the same day.

Michael followed up with three more singles before releasing his album, Labor Day on August 30, 2019 in honor of his best friend Kelvin Ray, who was murdered on October 3, 2018. “When my best friend was murdered, I made a decision to fulfill every dream that I ever had. One of those dreams was to release my own album.” His deeply rooted business background through both life experiences and collegiate studies were the foundation for this ingenious marketing move. Michael created a new platform by merging his craftsmanship for eccentric footwear, and razor-sharp lyrical abilities to appeal to his growing audience. Michael says: “To think is to doubt, to know is to believe.” With this belief system fueling him, there is no limit to where his capabilities can take him. This is only the beginning for his career and MOGUL IS ON THE HORIZON!

“Feel Like Ye” is the next step in the evolution of Hendricks 2.0. Opening with a bombastic proclamation of self confidence & love for one’s self, “Feel Like Ye” sets the tone for a trunk rattling banger to be the soundtrack of a motivated listener working toward personal goals. With a stark black & white look along with a crew of soldiers decked out in black hoodies, Hendricks 2.0 unleashes his razor sharp rhymes that flow seamlessly with the eerie revereb-ed out drums & synth tones. “Feel Like Ye” is not just a hip hop song or a cool video , its’ a lifestyle fueled by confidence & power.