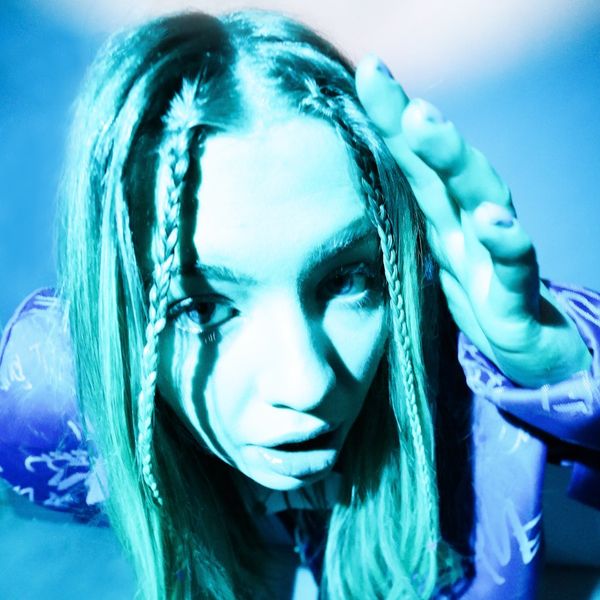 Alternative/pop-punk four-piece 408 are back with a brand new single and video for “Backfired” featuring Taylor Acorn. The song mixes together the unholy union of pop-punk and pop-country into one emotional gut-spilling duet that packs a potent punch. Already “Backfired” already gained traction on TikTok’s platform pre-release where the song has already registered more than 250,000 views as fans continue to help push the song viral.

Hear the latest single from Seattle trio Scarves, “Bunnies (Limping Away)” – out today!

What should an artist release into the world in a time of collective darkness? Niko Stathakopoulos of the Seattle,WA outfit Scarves, grappled with this question as he roamed his neighborhood during the heart of both the pandemic and the election cycle, penning the lyrics for what would for the group’s newest record, Delicate Creatures. What initially was a dire batch of songs soon morphed into a vivid portrayal of the unlikely optimism that emerges within humankind as it buckles beneath the weight of the world.

IDLES’ new album CRAWLER was released last fall and cemented their status as one of the most important bands making music today. Coming on the heels of their first ever Coachella performance & an appearance at last weekend’s Lollapalooza, the band have shared a new music video for album highlight “Stockholm Syndrome” ahead of their upcoming North American Fall tour.

As we enter the beginning of the end of the summer, Alivenique brings us her new New Wave Cinema meets Pop Art inspired track, “Masculin Féminin”, the latest from the Year of the Statement. Available now for streaming and album pre-order. The full-album is out on September 30th, via Lightning Studios.

After 32 sold-out U.S. shows this spring, Australian band Vacations come back for the “Return To The Wild West Tour.” It kicks off with their first ever headlining date in Mexico on October 6th in Mexico City and includes a performance at Austin City Limits (Weekend Two) on October 14th, a special set at Meow Wolf in Santa Fe on the 21st, and wraps with three Southern California shows including The Fonda on the 25th and Pomona’s Glass House on the 26th.

Arts & Crafts newest signee, Ottawa duo Chemical Club, are sharing another new single, “Hell In A Heatwave”, with a video dierceted by their fanclubwallet bandmate Hannah Judge. The new track is an “honest look at who you are and how you can improve upon that,” the band says. “Actively seeking self improvement and pursuing positive changes over neutrality and repetition. Leaving unhealthy habits behind and holding yourself accountable for your own actions and behaviors. Staying comfortable and rejecting positive change is usually the easier option in the short term, but to actively pursue growth is necessary for long term fulfillment.”

Born in Sydney, Australia and raised in Canada, alternative metal/post-hardcore/post-grunge project Balmain has announced the release of their new single, “Reach The Unreachable”. The track is now available on all streaming platforms. With a post hardcore and modern metal, heavy and with good melodies, the song can be heard in the following link:

Born from a series of eclectic tastes over time to form the sound they have today, the boys Justin (vocals, guitar), Tyler (bass), and Luis (guitar) knew from a young age that music was something they always wanted to pursue. While the band’s rocky journey has been constantly tried and tested, DIOSA made those life-changing moments count by sharing them through their music.

Eclectic cinematic metal outfit DISCONNECTED SOULS are streaming their new song “Kintsukuroi” at Metal Insider. The song will be available on all streaming platforms on Friday August 5th, 2022.

There are a few unconventional things happening in the song, musique concrete nods with long strains of backwards cymbal and flute sampled from cassette recordings that Ryan made. There’s also these traffic sounds inspired by a transition in Mingus’ Cumbia & Jazz Fusion where all these jungle bird sounds and traditionally-inspired Cumbia elements suddenly pivot into a midtempo bebop and it feels like you’re suddenly seamlessly transported to Greenwich Village in the 50s… Ryan definitely wanted to emulate this transportive quality.

Listen to “Anemone Sound” and check out the video:

Milwaukee’s eclectic Brady Street neighborhood inspired the title for latest album by folk duo Dead Horses, who are No Depression magazine’s August Spotlight Artist. (Stay tuned for additional Dead Horses content on their platform throughout August.) Blending elements of traditional roots with modern indie folk, Dead Horses are both familiar and unexpected, unflinchingly honest in their portrayal of modern American life, yet optimistic in their unshakable faith in brighter days to come. The Wisconsin duo, Sarah Vos (songwriter, guitarist and vocalist) and Dan Wolff (upright bass), spoke with editor Stacy Chandler about their complicated history, their band name (a tribute both to horses fallen in war, and a friend who died of a heroin overdose), and the “deep vein” of empathy that runs through their work. No Depression notes: “What’s constant is a keen eye for people and plights that are often unspoken, and lyrics and melodies that beckon listeners to look more closely.”

Today, Saint Christopher — the project of Los Angeles musician Christopher Kalil (formerly of Arms Akimbo) — shares “Crashing,” the newest single off his debut LP, Pop Shit, due October 7, 2022. He will also be releasing more music over the coming months, ahead of the album’s release.

Freddie Gibbs and A-Trak join Meechy Darko on a new track released today. The hard driving song “On GOD” is found on his long-awaited debut album, Gothic Luxury, out 26th August on Loma Vista Recordings. The track was co-produced by Jay Versace and Dot Da Genius and finds Darko trading verses with the legendary rapper Gibbs while A-Trak adds a sweeping cinematic energy to the beat.

Alice offers an insight into the inspiration behind ‘Nervous’: “I started with stories I’d experienced and heard from people close to me about how independent women are seen as difficult by men, then opened up to society as a whole and the standards people are unfairly held to.”

Following the release of debut single “flashback” in June which tracked Ira crossing paths with an ex-lover at a party, “doomed” is antithetically the happiest song on the ‘Swim Ira’ EP track listing. Written about “realising you shine the strongest when you’re alone”, the track exudes personal defiance as Ira sings, “I’m feeling good these days / don’t want you looking at me” to a backdrop of skittering beats and lively synths, before concluding, “I felt real blue, now I’m shining too”.