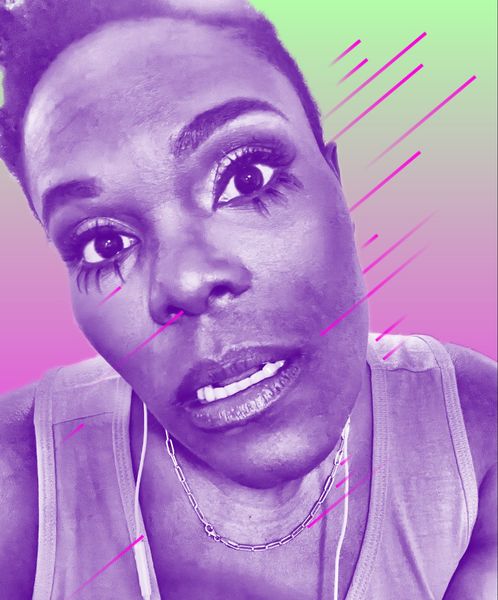 “I don’t see nothing that’s guaranteed,” sings Meels of Blind Difference on “Alive,” “I respect the hustle to succeed.” Perhaps that’s why the Blind Difference vocalist pours herself into her performances with such commitment. Everything that happens in a Blind Difference song is significant: every drumbeat matters, and every searing phrase counts. She takes nothing for granted. Meels treats every moment as an opportunity to make an indelible connection with her listener – it’s a hustle, sure, but it’s a generous one that we’re all lucky to be able to witness.

The remixed version of her single “Alive” epitomizes her approach. The beats are hard, ringing, and certain, but they’re danceable, too. The bass piano and the main synthesizer riff are propulsive and help push the mix forward, but they’re also hooks in their own right. When she’s singing, Meels rides the beat with a combination of swagger and poise that’s wholly hers. Then there are the lyrics: forthright and candid, occasionally clever but never cheeky, full of self-possession, determination, and personality. The result is a track that’s inexhaustible and a natural progression for Blind Difference after the original release of “Alive” in late 2021.

And Meels isn’t just a singer and songwriter. Her hustle extends to video direction, too. For “Alive,” she’s in total command, dominating every frame she graces and turning the floor over to a team of dancers choreographed by NC Dance District. The dance team is led by a young woman who shares her fire and drive. Everybody in the clip is absolutely motivated – the dancing is vigorous, sharp, a little aggressive, and indisputably sexy. When a shower of money falls from the roof of the set, it doesn’t seem out of place. Instead, it feels totally appropriate to the mood Meels has established. At the beginning of the clip, she’s working in an office; by its conclusion, she’s roaring on the microphone, and taking charge of the floor. She doesn’t even have to grasp at the bills as they fall. They’re hers by right, and everybody knows it.