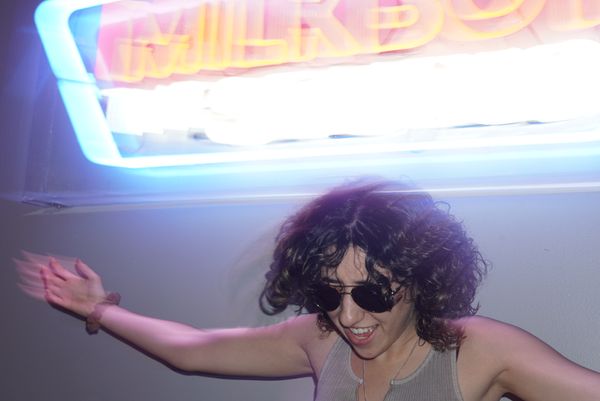 Learning all that goes into creating outstanding musical artistry takes great time, practice, and experience to achieve. However, at 20 years old, IZ.M.B is already demonstrating a strong grasp on what it is all about. IZ.M.B hit the ground running early, doing choir at age 5. Over time, she also took to playing guitar, bass, mandolin, and piano. By 15, she started songwriting, but despite all this musical passion and ability, she went to high school with the intention of becoming a doctor. With her abundance of creative potential, she quickly discovered the world of medicine was not the right fit. Luckily, her mentors, Ian Macaulay, Arnez Hayes, and Kim Crutchfield, encouraged her to keep pursuing the arts, which led to IZ.M.B’s entrance to the music industry. Her first single leading to her debut album, Blue Collar Romeo, flexed her well-curated lyrics and melody making. Now, her latest single, “Recover,” part of her upcoming full-length album, Nowhere Town, is doing the same but is showing her evident growth as an up-and-coming artist.

IZ.M.B described her new album to be like a personal diary delivered through a collection of songs, and “Recover” is just one part of the vulnerable, reflective stories IZ.M.B has to share as part of this bigger project. Initially, the song may seem like nothing more than a breakup song about how difficult it can be to put all your broken pieces back together after a relationship that did not pan out. This interpretation would not be wrong in any way, but “Recover” packs layers that can dig even deeper than that. Considering this single and the album in its entirety were written amidst the COVID-19 pandemic — a cluster mess of epic proportions that caused many major life moments and milestones to be missed due to months of isolation — “Recover” encompasses the ongoing recovery that comes with life moving on from the unprecedented circumstances that ensued over the past two years. Regardless of the perspective listeners hear the song from, it is filled with hard hitting, expressive emotions that can connect to everyone who has had to overcome pain and hardships in any form.

So far, IZ.M.B has kept her appearance hidden behind the scenes with the goal to keep her music as the primary focus. Yet, herself and her music are not as separate as they may seem. She pours all she has and who she is behind the tracks into every candid release, which is why she decided to make a lyric video for “Recover.” She said, “I wanted people to really truly read the lyrics, and I wanted them to see what I was saying.” This mission is well accomplished as her words capture such deep and real feelings through their beautiful poetic imagery that bring IZ.M.B and her song’s message to the fore.