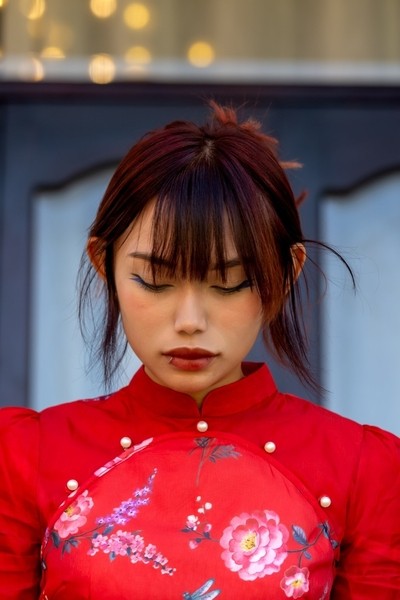 If Show ‘Em What You’ve Got was a brilliantly brash and buoyant slice of R&B, Ostarè returns with something slightly more chilled, more soothing, and more understated. But that is not to say that Deep Down isn’t still filled with the same message of empowerment and inner healing, it is just that whereas the previous single comes at the listener face on, a collection of soul and swagger, attitude, and ambition, Deep Down just throws its arms around you and gives you what can only be described as a sonic hug!

“Everything in my music is high, loud, and abrupt – because I have something to say,” says Greyson Grimes, vocalist and songwriter of Happy To Be Here. Alongside his co-conspirator and collaborator James Hamilton, Greyson fronts the powerhouse four-piece Los Angeles-based band whose courageous message of hope, healing, and rebirth is portrayed in a riveting new track titled “Me Now.”

Sons of Silver has released the video for their power-groove, funk-infused “Cause Of My Pain”. The song is from the band’s new EP Ordinary Sex Appeal. The video is already gaining traction and has debuted on VEVO’s Pure Rock and New Music Friday playlists.

The Danish heavy psych quintet Lucid Grave has shared the title track from their impending debut LP, Cosmic Mountain. The album will be out on 15 July 2022 via Electric Valley Records on vinyl (four editions) alongside the availability on the digital/streaming platforms.

With the culmination of perseverance, hard work and life experiences KIMTrang’s single bridges the connection between her Electronic raw sounds and human connections. The result is a flawless combination of different styles and ambitious artistry that sets a new bar in her musical repertoire.

DJ SHADOWMIND has released a follow up track to his Gold Hit “Alien America 2022”.

Sky Barkers is an indie trio based in coastal West Wales. It is comprised of Joanna MacGregor Messore, Dan Messore and Matt Brown. They make groove based, hook heavy, vocal laden music – lyrically connective and energy driven, rooted in song-writing but with a wonky edge. ‘Give You Love’ is the bands second offering writing as this current trio, following on from their first single ‘Beholden to None’. Expect a full EP soon, coming this Autumn.

On Good Person, the second album from the acclaimed singer-songwriter, Andress returns to the reflection and confession at the core of her GRAMMY-nominated debut and plumbs even deeper. Out August 26th, the album features 12 tracks, all of which were co-written and co-produced by Andress.

The venture was spawned during the Covid-19 quarantines of 2020. Musicians David and Pat had spent their pre-pandemic years hunched over a mixing desk, establishing impressive careers writing for and producing the likes of Hayley Kiyoko, Weezer, Tom Morello, SAINt JHN, Miley Cyrus and Jess Glynne. Self-isolation gave them the opportunity to dream and manifest with contemporaries like Dave’s brother Mike, the only music video director (L’il Nas x, Run the Jewels, The Lonely Island) to ever make it on the Saturday Night Live team. They pooled their considerable skills in music, film, and art to build an esoteric universe expanding across digital and metaspace media. Utterly unique, but relatable and poignant, the MILKBLOOD mythos combines the macabre modern horror of 1980s’ VHS video nasties with sharp contemporary commentary, and a retro acid house ‘synthpunk’ look.

Zoey Lily’s entrance to her music career unquestionably started off on the right foot. Within her first year of releasing her debut album, she had headlined O2 Academy Islington, received endless enthusiasm from BBC Radio who invited her to perform as part of their ‘Summer By The River’, as well as joining their Introducing show as a ‘featured artist’. The latter end of the year also saw Zoey Lily be personally selected for Tommy Hilfiger ‘Music Takes Us Further’ Campaign.

Now firmly established as one of the key fixtures in the region, the charity festival returns to the 2,500 capacity Old Market Square, Warrington with a three-day weekender of major names and hotly tipped talent.

RivFest is presented by The River Reeves Foundation, an arts charity launched in 2016 following the tragic deaths of River, his band Viola Beach and their manager, Craig Tarry.