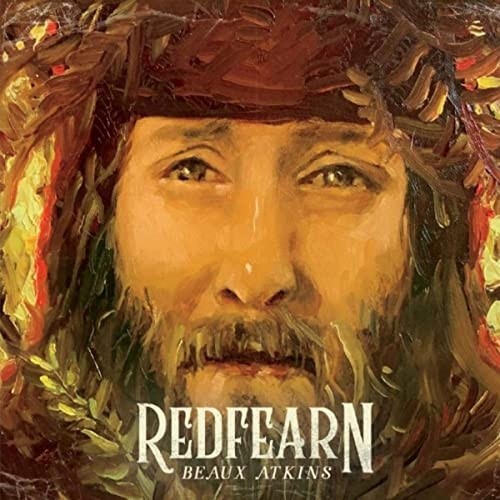 Beaux Atkins has perhaps the most interesting history of any artist I’ve had the treat of reviewing. Its’ title, ‘Redfearn’ is a tribute to Beaux Atkins’ grandfather. The name Frankie Redfearn brought fear and respect when it was whispered around the jungles of Southeast Asia, the French Quarter of New Orleans, or the swamps of Southwestern Louisiana. A former Special Forces operative in Vietnam, Frankie Redfearn and his brother were called “Charlie’s worst nightmare.”After Vietnam, Redfearn settled into an apartment above Jackson Square and began shaking down tourists and businesses for protection money, all while selling Bibles for his family business. At night he played honky-tonk music with the likes of Billie Joe Shaver and Waylon around the region. Beaux Atkins’ has taken this fascinating story of a captivating individual and turned it into an album rich with slick guitar solos, catchy melodies and a consuming country atmosphere. Its’ an album rooted in the realms of the past, all the while embracing the optimism of the present. Despite being the spit image of him, Beaux is self-professedly not too much like his grandfather, yet what is most captivating throughout this album is him grappling with the inner ‘Redfearn’ that lies within him. This astounding compilation of country tropes comes off the back of Beaux Atkins’ award winning debut ‘Shout Hallelujah’. Despite being a five year respite, this latest release is entirely worth the wait.

‘Jesus Is On My Side’ kicks off the album with all the optimistic energy and easy-going air you’d hope from a track with such a statement of a title. The soundscape is swimming in good, old-fashioned soulful country stylings. From a walking bass line to playful keys tinkling their way through, Beaux Atkins’ has made a track that radiates gratitude. Ed Smoak’s guitar riffs and slides are a total standout of the whole song. They explode between the main melodies and animate the whole track with a colourful call and response feel. Both ‘Goodbye Blues’ and ‘Had To Let It Go’ show off the impeccable vocals that make Beaux Atkins such a vibrant performer. His tone toes the line between smooth and gritty with complete ease. There’s something naturally suave about Beaux as a vocalist. It clearly comes completely naturally, perhaps from Frankie Redfearn himself. He boasts an effortless charm, and makes any melody sound all the more mesmerising. ‘Redfearn’ and ‘Come out and Howl With Me Baby’ flex all the same flawless vocal quality, yet the soundscapes thumping below bring a whole new feel to the whole album. David Paul “P Mo” Moore’s harmonica and James Cook’s bass are taken to new heights in these tracks. These are tracks that you can tell the artists had a whole lot of fun recording. Every single track on Redfearn has a swagger that oozes from each solo and chorus, making it impossible not to go back to it time and time again for that same good feeling. The natural soul and charisma of Beaux might just be the catalyst, but when paired with the finesse of the band behind him, it’s undeniable musical magic.

Listen to ‘Redfearn’ on SPOTIFY