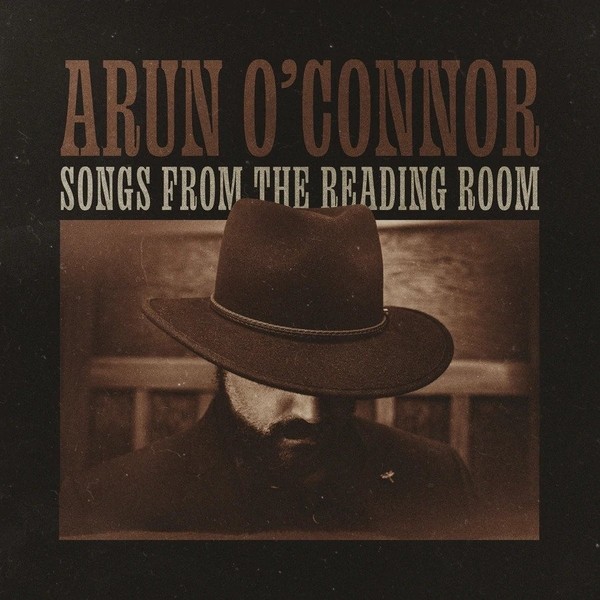 Arun O’Connor’s debut album Songs from the Reading Room corners the market on “Kiwi County”, the unlikely marriage of New Zealand sensibilities with country music trappings and establishes the young man’s bonafides as a notable songwriter. Each of the album’s dozen songs illustrate O’Connor’s thorough understanding of the style without ever sounding like a shallow imitation.

He’s been steeped in it since childhood. Arun’s father David O’Connor is a Southland Rock & Roll Hall of Famer and Arun’s siblings are achieving a degree of notoriety as well, but Songs from the Reading Room makes the case that it’s Arun’s songs that are the tip of the spear now. The family name could scarcely be better served by this debut. He’s served an apprenticeship of a sort for a little over a decade fronting the cover band Small Feet along with secondary temp gigs as a sought-after musical director for acts such as Kayla Mahon and The Heartleys, and others.

You hear how it’s paid off for him in several ways. Songs from the Reading Room has an overall coherence lacking in the vast majority of releases, but O’Connor’s conceptual ambitions are never overwrought. Seemingly small gestures, such as closing the album with an instrumental reprise of the opener, helps this collection stand apart.

The first song “When the Darkness Comes Around” begins in a minimalist fashion and carries that through the track’s first verse and chorus. The conclusion of the latter is a pivotal moment. Many listeners will expect O’Connor and his bandmates to expand the song’s possibilities into a full-on folk-rock amble. It doesn’t happen.

O’Connor, instead, balances his roots music influences with classical flavored pop sensibilities. It gives the opener a cinematic bent without ever slipping into overkill. He successfully shifts gears with the second track. “Let Go Of My Heart” sounds like one of those songs that have been floating for an eternity in the ether waiting for someone to “hear it” and set it down for everyone. There’s nothing outright groundbreaking about the song. Its naturalness, however, its stunning sense of compositional and lyrical inevitability, don’t often come along.

He abandons the country sound of “Let Go of My Heart” in favor of a slow-burning rock attack powering “Games I Can’t Win”. The song is, essentially, the story of two tracks as O’Connor escalates the song from a folk and classical-inspired opening into soaring string-driven grandeur.  The popular single “Too Far Gone” proves to be one of the album’s cornerstones and its steady driving heartland rock sound comes at an excellent place in the running order.

The emphatic yet airy amble of the eighth track “Star of Your Own Show” is another of the album’s peaks. It’s reminiscent of the earlier “Too Far Gone” in its mid-tempo pace and traditional turns along the way, but the characterization is sharper, and the chorus has a more satisfying payoff. The album finale “When the Lights Go Down (In this Town)” is a note-perfect closer for Songs from a Reading Room. It has smatterings of O’Connor’s roots music influences, but he leans much more into his rock inclinations and produces one of the album’s best performances. It’s a memorable exclamation point for Songs from the Reading Room’s last “full” song.