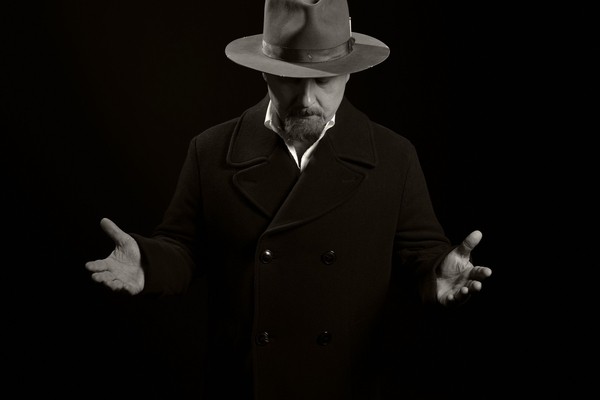 Nick Phoenix doesn’t have anything to prove. His ongoing work as one half of film music outfit Two Steps from Hell more than occupies his time, especially considering their pending European tour and status as the #1 streaming film music artist working today. Such lofty heights, however, haven’t dampened Phoenix’s desire to write and play songs with a band. His 2021 release King of One announced his return to writing songs for a band configuration and its follow-up, Wide World, improves on that fine debut in almost every meaningful respect.

He doesn’t veer too far afield from the vision powering his film work. Several of the top-shelf cuts included on the album possess cinematic inclinations and the title cut/opener is among them. The mid-tempo pace for “Wide World” builds surprising energy as it develops, and Phoenix orchestrates its peaks to land in all the right places. The album’s second track “Rise Up” boasts much of the same orchestrated template we hear with the opener, but on an even grander scale than before. Phoenix goes to great pains constructing the proper mood, hushed at first, before transitioning into the first of the song’s dramatic zeniths.

“Always On” moves away from a cinematic atmosphere into scaled down intimacy. It has a light roots-rock roll present throughout the song and the piano expands the track’s rhythmic dimensions, but it nonetheless retains a quiet and unassuming mood. “Andromeda”, however, returns Phoenix and his listeners to the world of the second song. He opts for a longer build-up this time around though and also makes the crucial move of essentially breaking the track into three distinct “movements”. The guitar during the song’s final section is especially powerful.

Some may say Phoenix has a very systematic way of writing many songs. He works to a formula on several Wide World cuts, with variations, and another of its wide-screen moments arrives with the track “That Won’t Stand”. The addition of strings is an especially notable move for this recording and the resulting classical influence heard throughout the song underlines its art-pop sensibility. “Tumblin’ Down” brings the rock, albeit in a thoroughly modern fashion, and there’s biting lead guitar in the song’s second half that raises the track’s temperature.

“Row” is, arguably, the closest thing on the collection to an outright ballad. The duet between Phoenix’s voice and the piano is the heart of the song, but its surrounding adornments aren’t shallow gloss. Every track on the album carries emotional weight and never feels overwrought despite the obvious sonic ambitions on display. The finale “He Knows Enough” takes those ambitions to their pinnacle. It’s a track that unites Phoenix’s various strands into a single colorful thread. The second and final section of the track is its indisputable apex as Phoenix blends piano, crunching guitar, and emotional vocals as the crowning touches of the album’s greatest song. Wide World sets the bar higher than ever before for Nick Phoenix’s music, but there’s ample evidence of Phoenix possessing the necessary talents to soar even higher.