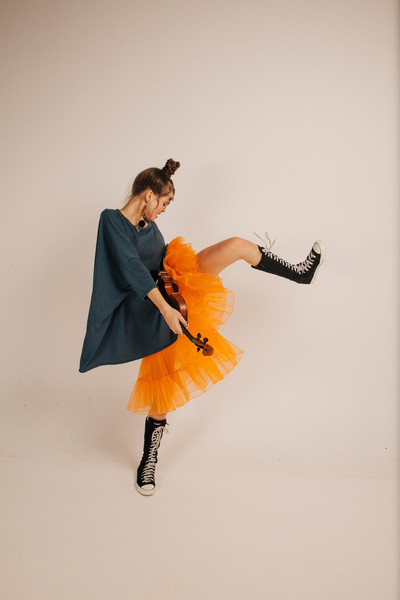 K-Pop group, ONEUS, have released their highly anticipated 7th Mini Album, [TRICKSTER]. An album about facing the unknown and taking on life’s challenges without hesitation, [TRICKSTER] refers to those who reverse the ending of their story with just one hand. Hwanwoong contributed to the choreography for “Bring It On,” a track that melts both Drill and Trap genres on a strong brass line. [TRICKSTER] as a whole brings the wishes of everyone in the unkind world to the surface; Good and Evil, Happy Ending and Sad Ending. At the dangerous borderline between the dichotomous basic system and transformation, [TRICKSTER] can shake the system and overturn the ending to get the desired result at any time.

Check out Peter McPoland’s new music video for “Mary Anne” from his new Slow Down EP!

At just 21-years-old, singer/songwriter/producer Peter McPoland has already made a name for himself creating the kind of finespun folk-pop that simultaneously feels both beautifully lived-in and undeniably original. The Texas-bred artist has an incredible gift for capturing the most nuanced emotional experiences and bringing that expression to life in vivid, captivating detail. Based in Brooklyn, Peter was born in Vermont but grew up outside of Houston and discovered his deep love of music as a child, releasing his first song while in in high school. In 2020, he decided to move to Manhattan to push forward with a music career. Holed up in his great-uncle’s apartment on the Upper West Side, he started experimenting with production and soon came up with the reverb-drenched and dreamlike track “Romeo & Juliet,” which quickly became a major hit on TikTok and ultimately paved the way for Peter’s signing to Columbia Records in early 2021.

HUSH: Decibel Magazine Premieres “There Can Be No Forgiveness Without The Shedding Of Blood” Video; The Pornography Of Ruin LP From New York Sludge/Crust Outfit Nears Release

Upstate New York crust/sludge metal outfit HUSH prepares for the June release of their third full-length release, The Pornography Of Ruin. Today, the first single from the LP has been issued through an intense and imaginative video for the song “There Can Be No Forgiveness Without The Shedding Of Blood,” which makes its debut through an exclusive premiere hosted by Decibel Magazine.

Video Premiere: Hush – “There Can Be No Forgiveness Without the Shedding of Blood”

Los Angeles-based indie pop queen Kit Major is back with an exciting announcement: after sharing a string of singles for the past year, she’s ready to share her debut EP! With the announcement, she shares lead single “I’m Bitter!” and it’s a breakup pop to remember. Taking inspiration from Y2K pop-punk icons Avril Lavigne, The Veronicas, and Paramore, “I’m Bitter” is an addictive power pop banger packed to the brim with catchy guitar riffs and melodies that’ll immediately get stuck in your head. A must-listen for fans of Olivia Rodrigo.

Kendy X shares, “Options is one of the records I relate to right now from the project. As women, we have as many options as men do, and often that idea is forgotten because of our natural senses to stay loyal to a relationship that may not be the best for us. I feel like so many young women can relate to this track and feel empowered as they navigate a journey of love or a loss of love.”

Streaming: Getting Violent and Rotten with Rottenness’ Violentopia

Six Degrees Records is proud to announce the second single from Punku, a new project created by Sylvia Falcón and Grimaldo del Solar (Novalima) that mixes Andean traditional music with ancestral instruments and modern genres including electronic music and rock. “Tutamanta” is the follow-up release to their debut single “Ancestral,” and further teases their upcoming album dropping in June. The single is out on May 10th and will later be followed by a remix from Bay Area duo Bang Data.

Payroll Giovanni “Throw The List Away” Video Out Now; ‘Back 2 The Ba$ics’ Out Tomorrow, 5.20

The Reed Effect Release “Trampled Upon”

“Joy-drama. Twirly. And the colour orange”; the consummate self-described summation of Gold Coast-via-Los-Angeles artist SOFIA ISELLA and her latest single Rainbow Rocket Ride which explodes into the world today. SOFIA ISELLA brings a deluge of creativity and fresh fervour, Rainbow Rocket Ride offers barrels of psychedelic sonic joy, with the song itself inspired by her relative Alan Bean’s moon landing in 1969 on Apollo 12, and the accompanying visualiser, also out today, created by her acclaimed father.

Directed by his long-time collaborator Shiraz, the cinematic official video sees the hit-maker hitting the gym, dancing in his undies, all the while electrifying viewers with his inclusive style and humor. “piccolo” is the second release from bbno$’s highly anticipated upcoming project and follows October 2021’s mega studio album ‘eat ya veggies’, which has now amassed over 1 billion cumulative streams globally across all DSPs.

The Ascension highlights Malachiii’s artful approach as a future-facing curator, alchemizing vibes and styles into a multi-dimensional pop, hip-hop and R&B sound of his own design. Anchored by his production skills, the project boasts fan favorites including the vibey track “I’m Back,” the powerful anthem “Hold Me,” as well as the melodic “Free My Soul,” which Euphoria raved as “an upbeat listen with a mellow undertone, morphing multiple genres into one sound.” The EP fittingly closes with “Back When We Were Kids,” a nostalgic track featuring guitar riffs that seesaw back and forth between emotionally charged verses.

Cade Hoppe Releases Sophomore EP, ‘Everything That’s Wrong With You’

Born into an entertainment dynasty — his parents both work in music video production and his late grandfather, Jerry Heller, was an instrumental figure in the rise of West Coast rap — and raised in Beverly Hills, Julian Rose (née Heller) has been immersed in the music industry from a young age. He started playing piano at the age of five and within a few years he had mastered guitar, bass and drums as well. As he got older, he was helping out in production offices and attending video sets after school. With a genuine curiosity and a love of connecting with other people, Julian was able to meet and talk to many artists throughout his youth who inspired him to keep going with his music and creative endeavors.

Asking Alexandria and Within Temptation Team Up on Asking’s “Faded Out;” New Video Out Now

During the summer of 2021 Two Year Vacation escaped society and set of deep into the Swedish wilderness to the legendary “Silence Studios”,a place truly like nowhere else in this world. Without reception to speak of and with quite a drive to restock on snacks and supplies, the five feel good junkies spent what felt like most of the summer in this house together, BBQing, recording, swimming in the lake and having the best of times. There is a natural beauty to the environment and the presence of all the greats to have indulged in it before them led the way towards, simultaneous nowhere and everywhere.