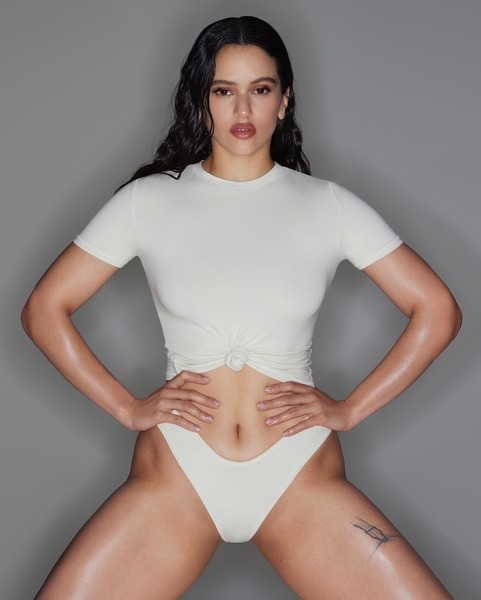 His parents were worried. His neighbors — annoyed. They still are. A child of the ’70s, Chuck Lazaras was that weirdo down the street — the crazed, long-haired Florida kid consumed by superhero comics, horror movies and brash rock and roll.

The video was filmed in various picturesque locations in Los Angeles and shows Kissel’s journey to collaborating with 98 Degrees and his constant devotion to his children and wife Cecilia, who also served as the inspiration for the song.

Platinum-selling group Onyx is back with their ninth studio album ONYX Versus Everybody, via Surface Noise/MNRK Music Group. Members Fredro Starr and Sticky Fingaz return to the boom-bap sound, the once signature sound of New York Hip Hop, to submit this 10-song album that captures the essence of what made the group a crossover hit with features by rappers Termanology, Harrd Luck, Ricky Bats, and Big Twin. Onyx Versus Everybody is produced by Fredro Starr and executive produced by Onyx and Omar “Iceman” Sharif. The first single, “Shoot Wit,” was received with much excitement by their fans, not missing a step with their lyrical wordplay and energy. Fredro Starr’s hardcore New York swagger envelops every lyric, and Sticky’s raspy voice and crazy energy, “Shoot Wit,” is a total headbanger. So, get your Tims and Carhartt suits because Onyx is coming to show you how it’s done.

“Hotline is one of those rare records that came out of a producer and an artist meeting for the first time. Lido and I were experimenting and getting to know each other and ended up creating something that we both loved on the first day. I love how “Hotline” turned out and the video by Dylan McGale (who directed my videos Dancing and No Complaints) is one of my favorites. More to come from Lido and myself on the upcoming album!”

SKULLSHITTER delivers a furious, three-headed vocal assault and thrives to make their every performance both in the studio and onstage a new, unapologetically soul-scorching event. Understanding the true nature of inner freedom through hallucinogenics and rock ‘n’ roll, Goat Claw spews forth sixteen grave-tripping tracks of old-school grindcore drenched in mind-bending psychedelia – a sonic declaration of intensity, focus, and acrimony, laced with a concentrated dose of Lucifer.

WITNESSES, the cross-genre project of multi instrumentalist Greg Schwan, has released a lyric video for his single “Borgo Pass”. The track is from the upcoming The Holy Water EP which will release on July 15th, 2022.

LUKE COMBS ACHIEVES HISTORIC THIRTEENTH-CONSECUTIVE NO. 1 SINGLE WITH “DOIN’ THIS”

Country superstar and reigning CMA Entertainer of the Year Luke Combs furthers his record-breaking run at country radio this week as his single, “Doin’ This,” is No. 1 on both the Billboard Country Airplay and Mediabase/Country Aircheck charts. This is Combs’ thirteenth-consecutive No. 1 single, adding yet another historic accomplishment to his career.

FRANCO-AMERICAN DUO THE VIGNATIS TO RELEASE THEIR FIFTH ALBUM

After a long journey from inception to completion, the Franco-American duo The Vignatis finally reveal their latest Gypsybilly genre creation with their fifth volume of work entitled 50/50 Part 1: Gypsybilly Vol. 5 to be released on May 27th.

The official music video from Canadian singer/songwriter, Krissy Feniak for “Far From Home” is out Now. The video was directed by Ben Oakes of Oakes Visuals and gives the viewer a first-hand look at Krissy’s family and her tough decision to leave the home she’s known her entire life to pursue her dream to be a Country Music artist. Krissy wrote the song with friend and writer, Kenslee Melhorn and after finishing the song, Krissy recounts how she felt, “When my Friend Kinslee Melhorn and I finished writing this song I remember thinking, this is so close to my heart I don’t know if I could release this.” However, her mind was quickly changed, “when I started playing this song at shows, people would come up to me and tell me their stories about their kids moving away or moving away from home themselves. Having strangers connect to your song and your story is the very best part about being a songwriter and artist, and it made releasing this song as the next single a very easy decision.”

Los Angeles based Industrial Metal band DAWN OF ASHES has revealed the hotly anticipated, intensely graphic official music video for their single, “EMDR.” Fully NSFW, featuring unsettling imagery as analogies for the wholly encompassing and often contradictory experiences of severe trauma sufferers, “EMDR” is not for the feint of heart, but serves as a uniquely explicit insight into a mind struggling to achieve balance and recognition beyond suffering. Originally premiered with METALSUCKS, “EMDR” is the first single off of the band’s recently released and heavily praised new LP, Scars of the Broken, which is available to purchase (physical and digital) and stream online via ARTOFFACT RECORDS.

Globally-recognized singer, Rosalía, stars in the latest SKIMS campaign which features the cultural force posing in several customer-favorite styles from the brand’s most tagged collection: the Cotton Collection. Inspired by Rosalía’s international influence that transcends music and continues to grow in the fashion industry, this campaign aligns with popular culture and highlights the most relevant global female artist of this moment. Expanding across both linear and streaming platforms, the campaign speaks to the brand’s continued focus on bringing its next generation of style offerings to new audiences around the world.

With the money on his mind and his family by his side, Paper Route Woo is firmly rooted in the city of Memphis. Returning to share his new video for “Made It Happen,” Paper Route Woo showcases the street smarts and hustle that endeared him to Young Dolph, who hand-picked him for Paper Route Empire. The track sees the Grind City native derive money motivation from his family’s future: “Rapping got me turnt but being a daddy made it happen/Fell in love with trapping, getting money with a passion.”

Just Tommy – New Single & Video “What Would You Do?”

Just Tommy, the singer-songwriter from Tempe, AZ., continues to release catchy, melodic and thought-provoking music. His latest single and video, “What Would You Do?” is no exception, and can be found on all streaming platforms and YouTube.