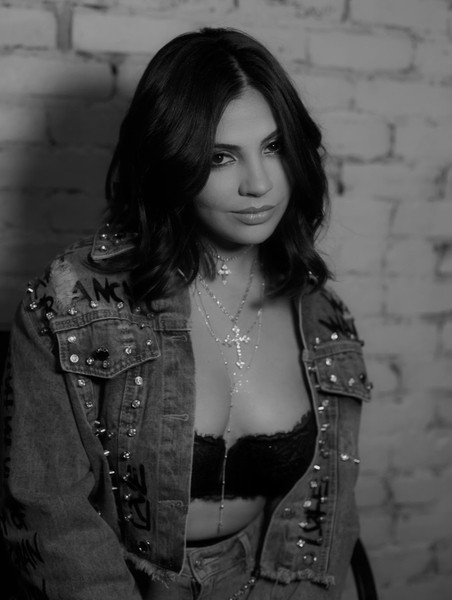 Every so often the ebb and flow of music and its facets is halted by the novelty of an enigma. Mandi Macias is a leader in the new school of contemporary pop artists. At 19 years old, she has already garnered an extensive repertoire, a substantial following on social media, and is pushing the envelope continually reinventing herself and sound.

Mandi Macias, a multi-talented singer-songwriter was born and raised in Los Angeles, California. She is an artist and musician that epitomizes the very essence of the modern era. Despite being regarded as a “Pop” artist by some, Macias boldly combines elements and nuances from many genres such as Synthwave, Alternative Pop, Electro Pop, and Contemporary R&B.

Last summer, Macias released the single “Take You Home”, which showcased her ability to break out of the Pop genre through her lyricism and vocals, and a uniquely constructed piece of musical artistry. The single featured a brand-new electro-pop sound so full of raw energy, it cemented her versatility as an artist.

Macias’ most recent single “Ghost” released at the end of 2021, and “Ghost Unplugged” earlier last February, also exhibit her range and versatility as an artist, as well as her ability to overcome the stereotyping of genres. “Ghost” is not your average pop breakup song. Macias expresses a sensual longing for a partner that is no longer mentally with her, despite physically being there. She was deliberate from the heavy drum percussion to the whine of her electric guitar, to express the perfect amount of anger, lust, and loss.

Macias is a songwriter at heart and authenticity is the very ethos that encapsulates her music. Her style of songwriting is transparent, daring, and reflective of her experiences, thoughts, hopes, and ambitions. Macias uses music as a vehicle to express generational perspectives. Turning pain into purpose and life lessons into studio sessions.

Macias’ smooth vocals are decorated by effortless intonations that are accentuated by a skillfully resonated voice, and soothing warm tones. She possesses a modern-day mix that crescendos with spellbinding emotive undertones. A varied spectrum of musical influence has led to the development of Macias as the embodiment of originality, as she uses her musical acumen combined with bold new ideas to create an amalgamated and original sound.