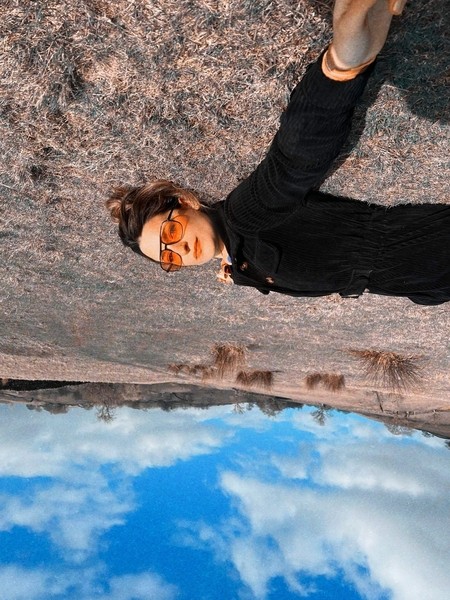 Fusing chiffon vocals with impending electronic beats, “Over My Feet” comes as the third single plucked from Temple Invisible’s forthcoming ‘Chiasm’ EP, and boasts the breadth of the genre-defying duo.

JOKAI is a fresh, new, charismatic and energetic Music Producer and rising star based in Vienna, Austria. He started his music career recently in January 2021, following production lessons with Kygo himself.

5 years before this, he began to learn the piano. His father taught him the organ at the age of 4 until he was 6 years old. JOKAI’s primary genres are EDM, house, pop and dance.

Emerging East London based singer KAE SERA blends modern day electro-pop with sounds from the 50’s and 60’s to create something which is both unique yet familiar. Originally from Liverpool, the artist grew up in a city rich in musical heritage, exposed to the nostalgic soundscapes of the bands that made the city famous. These sounds subliminally fed her musical appetite, giving her music a vintage haze and maturity. With a fascination for literature and poetry, her songs provide a captivating, storytelling experience, pulling you into her world.

The Hold Steady frontman’s fifth solo LP, A LEGACY OF RENTALS arrives on CD and digital download via Positive Jams / Thirty Tigers on Friday, May 20. Recorded in May 2021 with Finn’s longtime collaborators, producer Josh Kaufman and engineer D. James Goodwin, the album will be available in several formats, including CD, standard vinyl, and limited-edition white vinyl (online orders only). Pre-orders and pre-saves are available now.

AFTERBURN is the word used when something truly rattles the cages and leaves people with a startled, surprised reaction. It’s the accelerated power of a rocket as it’s taking off. AFTERBURN grapples with the subjects of power & peace, war & love all in the context of the global “front porch,” launching “folk” from the coffeehouse and into arena level. Literally.

The Range, the project of Vermont-based musician and producer James Hinton, releases grime and hip hop indebted new track “Urethane” from his forthcoming album Mercury, out June 10. “Urethane” samples UK grime artist MIK’s “Ice Rink” and follows previously released singles “Bicameral” and “Ricercar,” both of which are on the new album. The new single comes with an animated video directed by Stevie Gee and Essy May, produced by Blink Ink and built around the world featured in the album visuals and earlier singles videos.

The Toronto-based project, Blunt Chunks, helmed by Caitlin Woelfle-O’Brien (Jaunt) has today shared its “BWFW”, the latest to be lifted from the forthcoming debut EP, Blunt Chunks which is set for release on May 6, 2022, via Telephone Explosion Records. Featuring Scott Hardware and members of The Weather Station, Luna Li, Broken Social Scene, Hooded Fang and more, the new EP, which was announced with “Natural Actors” (tipped at Brooklyn Vegan, KCRW, CBC Radio, Exclaim and more) last month, grapples with the many functions of heartache, using music as a mechanism to memorialize the past and the first step to breaking a cycle of self-neglect.

MONOLOGUES sees the Nigerian American, Los Angeles-based songstress tapping into a musical spirit agnostic of era yet connected to any age. The EP includes the recently released as “Envy,” which was accompanied by an official live performance video shot on location at Seattle, WA’s inspirational Chihuly Garden and Glass. “Envy” followed the release earlier this year of Ogi’s debut single, “I Got It,” produced by GRAMMY® Award-winner No I.D. (Jay-Z, Rihanna, Kanye West) and featured on Zane Lowe’s World First on Apple Music.

A founding member of the beloved and critically-acclaimed Gothenburg electronic group Little Dragon, Fredrik Wallin will be a familiar face to many. Over the past two decades his band has been a consistent global presence on the charts and festival stages, and in that time Wallin has collaborated widely outside the group, working with artists like Flying Lotus, Mac Miller, Brittany Howard, De La Soul, Gorillaz and DJ Shadow. In 2022, 25 years into his celebrated career, Wallin announced his debut release as a solo artist, an EP entitled Banner of Lost Belief that will be out May 13th on Small Matter Records.