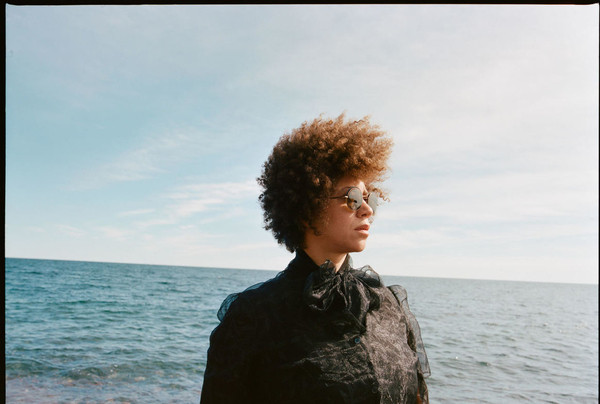 Start At The End is the follow-up to her excellent 2021 solo debut The Restless Dreams Of Youth, which was recently nominated for album of the year and best pop album at the San Diego Music Awards. Tamar is a veteran power-pop and psych-rock bands from the 90s and 2000s like Starball, with releases on cult indie labels like Thick Records, Minty Fresh and Kill Rock Star, with her two solo releases specializing in a particular blend of accessible yet personal indie pop and rock that should be familiar to fans of singer songwriters from the 90s and 2000’s like Juliana Hatfield and Regina Spektor.

The 2nd track to be released from the band’s forthcoming new album, ‘Succeed’ ups the ante with circular guitar outburst over galloping drums!

After a successful 2021 including signing to Sony’s Music For Nations, and releasing their debut EP Reincarnate to critical acclaim, Witch Fever return with new single ‘Blessed Be Thy’ which was produced by Pigs x7’s Sam Grant at Blank Studios in Newcastle.

With ‘Ride’ and its effortlessly DIY music video, Findlay channels her most driving, upbeat, all-out indie-rock persona and takes us on a California road trip. “I’d had enough of the UK winter weather – this song deserved to be shot somewhere warm to reflect the meaning and lyrics ‘on we ride into the sun’ – that feeling of not caring, being in the moment and enjoying life again,” she enthuses.

Franz Von unveils the new video for ‘Her Frequency’ which, like the single itself, is a collaborative artistic work across the Channel. Visual creative teams exchanged ideas between Marseille and Sheffield and captured a performance of praise and gratitude to the infinite power of the universe.

As the daughter of a blues musician, Chastity Brown was born with an innate ability to channel complex circumstances into beautiful, uplifting songs. But after surviving the isolation of the early pandemic and witnessing the global racial reckoning that manifested itself in the riots mere blocks from her South Minneapolis home, even she is surprised to hear the way her new album Sing To The Walls turned out.

Quinn Christopherson’s highly anticipated debut album is coming this year and the Anchorage based artist is leaving fans some musical breadcrumbs in the lead up. Today he is releasing “2005”, a masterclass in nostalgia. Quinn has the listener hanging on every word with his unique and captivating genius, telling stories and recalling moments in time that will make you smile and even laugh out loud at the memories he conjures. It’s this songwriting prowess that has made him one of the most exciting new songwriters right now.

The band already provided a first glimpse at the beginning of 2021 with the unfortunately prophetic anti-war lyric video for “Your Eyes On Me”, which shocks with martial image sequences. Now, CHILD OF CAESAR are going one step further by presenting a visually stunning animated music video for “Seven”, illustrating the lyrics in a doleful technocratic juggernaut that suppresses freedom and humanity.

The Cides vocalist/guitarist Paul Hayward was the co-founder of The Molesters in the original days of UK punk. In the late 1970s and early ’80s The Molesters delivered songs about social injustice, apartheid and equal rights. Paul’s return is a win for original punk fans as well as for the younger generations he is fighting for. Hayward is joined by members who play with passion but also resonate with the message of the songs, and that’s how Joe Bradley ended up on bass and Paul’s son Jack Goodwin-Hayward is on drums.