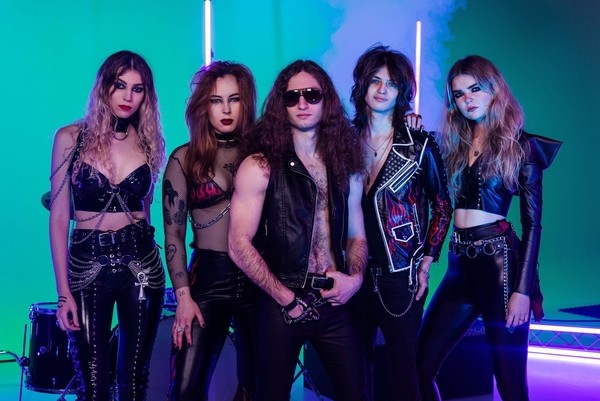 Today SoundCloud has released a deeply personal documentary from emerging British-Gambian artist Pa Salieu. Produced in collaboration with Pa Salieu as part of the “First on SoundCloud” program and directed by Tayo Yussef, “The Return of an Afrikan Rebel” captures the artist as he travels back to Gambia for the first time since the age of 7. As a child, Salieu lived with his grandmother and elderly relatives in the West African country, describing that period as the most important time of his life, and the place where he gained his most profound musical influences.

Breaker has the ability to get any room dancing. From playing piano at home, performing for strangers at parties, to charming friends with his confidence and wit, he has a magnetic personality and maturity that goes beyond his 21 years. With explosive drum and bass, zinging guitars, and a soulful choir of friends, “People Change” is an instant classic.

With the latest release “Lettin’ It Fly!” available for listeners around the world, Ohio’s Turbo Lovers are continuing to deliver extraordinary rock done extraordinarily well. This latest album is fresh and full of the most completed and focused material that the band has written so far. For the new record they employed producer Dave Piatek and for the first time, they had another set of ears for the full-length, which pushed them to a whole new level. Today, they present their latest music video for the single “Should’ve Known Better”.

Seattle three-piece Helms Alee announced a new album Keep This Be The Way for April 29th via Sargent House earlier this month and today they’re back with the final single before it’s release. “Tripping Up The Stairs” pits nightmarish synths against a barrage of distortion and is accompanied with an Apocalypse Now meets Swamp Thing styled video focused on the concept of control premiered today via The FADER.

French Singer-songwriter Nuitarie is proud and honored to sign a deal with Epictronic for the EP ‘Ghost Love Stories’. Thanks to Epictronic, she feels like she is making a big step in her career. She is very excited to see how this collaboration will unfold.

‘Ghost Love Stories’ is Nuitarie’s fourth EP, but the first one that is not purely instrumental music. For this project, she dared to put her words into music and let her voice guide the listener through melancholy stories.”

Montreal songwriter and producer Jesse Mac Cormack has released his new single “All At Once,” from his upcoming album SOLO.

Marking their grand return and the next era of Forrest and Colin’s musical career, the pair dropped “I Can’t Help But Feel” last Friday. In less than a week, it has already garnered over 1.5 million streams and was hailed by Rolling Stone who called the track, “fresh, breezy and a lot of fun.”

Popular music, popular artists should always strive to surprise listeners – with good ideas, powerful and at times unexpected content, as well as great songs – something that Rammstein succeeds in doing again and again.

MARK TUAN OF GOT7 RELEASES FOURTH SINGLE ‘SAVE ME,’ OFF UPCOMING SOLO ALBUM

The fourth release on his solo journey, Mark continues to build on the rising buzz surrounding his first solo effort. SAVE ME continues the narrative crafted by his first three release LAST BREATH, MY LIFE and LONELY, which have quickly racked up over 28M streams on Spotify and YouTube combined. Each release has shown a different side of him, and with SAVE ME, Mark shows his vulnerable side, reflecting on keeping negativity at bay and knowing when to ask for help, a struggle that’s far too common. Even with over a decade of experience in the music industry, Mark proves that it can sometimes be difficult tune out the noise and stay unaffected.

Action Bronson has announced a new album Cocodrillo Turbo for April 29th via Loma Vista. The album will include features from Conway The Machine, Roc Marciano, Hologram, Meyhem Lauren with production from The Alchemist, Daringer, Roc Marciano and Action Bronson. Bronson has found unending inspiration in the water, which is where the title comes from. “I first came up with this album while in the water. I’ve spent many lifetimes in the water. I’m just a water man. I was born in the water, I’m a water sign,” he explains. It’s also the basis of his incredible new, James Larese directed video for first single “Subzero”. In it a tsunami hits New York where Bronson waits ready, bodyboard in hand to ride the wave through the streets as he raps about dropping a nine in the snow like a long lost Sopranos character before inserting a line about eschewing knives when ripping his bread. The short film takes him to the desert as The Alchemist drives a Mad Max styled vehicle and then back to the ocean where he is king of the crocodiles.

Out Now – $NOT Stays Joyriding in “Benzo” Video

International heavy metal act COBRA SPELL has released a new video for their groovy second single, “The Midnight Hour,” taken from the new EP, Anthems Of The Night, out now via an independent release.

Alice Merton’s debut album MINT saw the Berlin-based musician achieve phenomenal success. A fixture on Top 10 charts across Europe, Alice has accumulated 1 billion streams and was the winning judge of the German edition of The Voice. Now, Alice is set for wider international recognition as she prepares to release her eagerly anticipated sophomore album S.I.D.E.S. on June 17th via Mom + Pop. Today, she shared another single off the album, “Blindside,” alongside a grippingly haunting music video.

Five-decades-running Americana pioneers Nitty Gritty Dirt Band have already played a major role in the preservation and popularity of folk music—their Will The Circle Be Unbroken album series introduced droves of new fans to folk, country, and bluegrass and earned the band multiple Grammy awards—but now, the long-running group have taken on another American institution near and dear to their hearts; the Bob Dylan songbook.