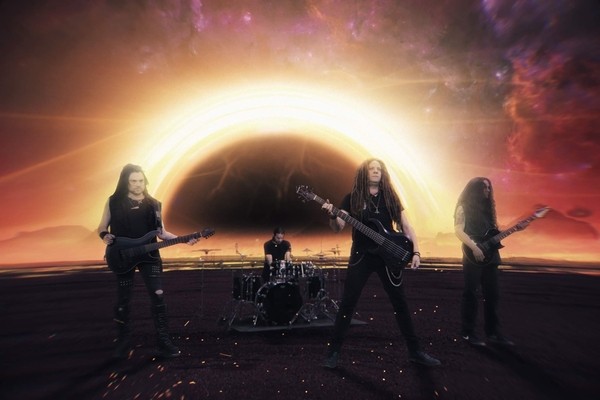 “A song for the wild ritual warrior, the Berserker within. We live our Brand of Sacrifice and we fight without fear. To Valhalla, Til Valhal 🛡⚔️”

Grammy award-winning Jamaican-American producer, DJ and emcee Walshy Fire of Major Lazer today dropped his newest produced single “Birthday,” featuring Feliciana and executive production by SMURV. The celebratory R&B birthday anthem opens with smooth vocals and a weightless sample that anchors the entire track. Feliciana recommends listening to the new single “at least one drink in, at full volume in a car with friends, on your way to spend money on more stuff you don’t need.” The track comes ahead of her upcoming EP titled “Mirrored Reflections,” executive produced by Walshy Fire and SMURV, coming out later in 2022.

With gut-wrenching lyrics like burned me down to the lowest wick, had to get in that last kick, and all I want to do is hate you, but it’s something I’ll never do, “Hate You” tells the story of a broken relationship, detailing all the emotions that coincide with it.

Livers is the moniker of Danny Webster, a singer songwriter and multi-instrumentalist based out of Toronto, Canada. Raised in a small town in Ontario, Danny was raised on his mother’s love of classical music and his father’s of 80’s metal, becoming fascinated by music from a young age. Almost completely self-taught, he started writing songs as a therapeutic activity after his mother passed when he was 14, leading him to release his first album a few years later. After graduating high school, Danny attended a prestigious jazz program in Toronto but dropped out after a year to put more time in his own creative pursuits. Since then, he has released many singles, EPs, a second album with a third on the way exploring folk, indie rock, country, and pop styles. His lyrics tend to focus on loss, love, grief, fear, and anxiety, listing his main influences as The Beatles, Tame Impala, ABBA, Bon Iver, Radiohead and The Beach Boys. Aged 22 now, he intends to continue exploring different genres in his writing and continue to perform with his backing band.

SONG PREMIERE: Livers Explores Dream Pop At Its Most Contagious Via “Anyone”

Sunrise and Ammunition Defy the Bounds of Genre in their Latest EP, ‘Triangulum’

“These songs are inspired by transcendence, whether that’s transcending your physical location, the limits of your ego, or interpersonal problems. Music is the vehicle to transcend, and to let the imagination take us on a journey to the spaces beyond our normally limited self.”

The Philly-based artist has been turning up the heat with her distinct style of wobbles that have taken the shape of a string of singles and a recent full-fledged EP that have seen her release with Deadbeats and Circus Records. In 2019, she kicked off her production career with her inaugural single “Shotgun Sol,” which was issued by the Bassrush crew. She’s now making her highly anticipated return on her sophomore release with the label, “Turn It Up,” a scorching dubstep single fueled by metallic synth hits, wompy synths, and an ever-changing groove that shows him turning up the heat higher than ever before.

The music video is really powerful as well. Masterfully directed, the clip really tells the sad but all to relatable story incredibly effectively. Utilising an untouched and neglected property brings to life the trauma and pain that the song reflects on. The acting in this piece is outstanding and really hits home the way in which drug addiction can take over someone’s life. Ultimately while the music video is forlorn, it has a hopeful outlook in that while we can go through the darkest times, there’s always lights at the end of the tunnel.

Vietnamese progressive metalcore act WINDRUNNER are finally introducing to the world the release of their new full-length record ‘Tan’, which is now out worldwide through Famined Records. With a futuristic post-apocalyptic theme, ‘Tan’ touches on human conflicts, battles against oneself and family displacement. The tracks are named after different color shades, suggesting their moods and vibe.

She is an American Pop Artist, musician and international model who appeared on American Idol Season 17. Her breathy voice and playful, stage presence caught the attention of mega stars like Katy Perry and Luke Bryan.