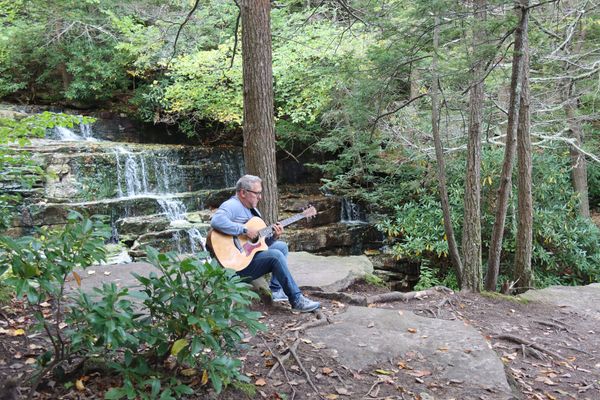 It has been 6 years since Jason Flashner released his second album ‘Indie Tale,’ and on April 1st, 2022 he will come off this hiatus with not one, but two albums. His new albums, ‘Rocks’ and ‘Roots,’ will both feature 11 of the same tracks, however ‘Rocks’ is performed as a full band, (Jason plays all of the instruments on the album) while ‘Roots’ is stripped down to solo acoustic performances.

After recording Indie Tale in 2014, Jason took a break from his recording studio (Flowstream Studio), and shifted his focus back to songwriting and performing in the live music scene. However, once the Pandemic struck and the world began to shut down, he found himself back in his studio. However, this time around he chose to immerse himself in learning more about the overall recording process. “As soon as we began quarantining, I began to research ways to get a better sound in my studio. I would spend hours a day on Youtube, learning about tools like EQ, Compression, and I slowly began to have a much better understanding of my equipment. I also started to really get into drums and bass guitar, and about 1 year into the quarantine, I realized that I not only had a bunch of songs that I needed to record, I also had the ability to record all of my parts.

The new album features songs ranging from catchy pop to acoustic folk to indie/alternative rock. “Originally, my intent was for this album to have that big, full band sound. After I completed the album with all of the instruments, and my passion for recording was reignited I decided to record all 11 tracks again, this time with just me and my guitar. I spent thousands of hours inside my studio during Covid, and I hope my passion for my craft is evident on this album.”