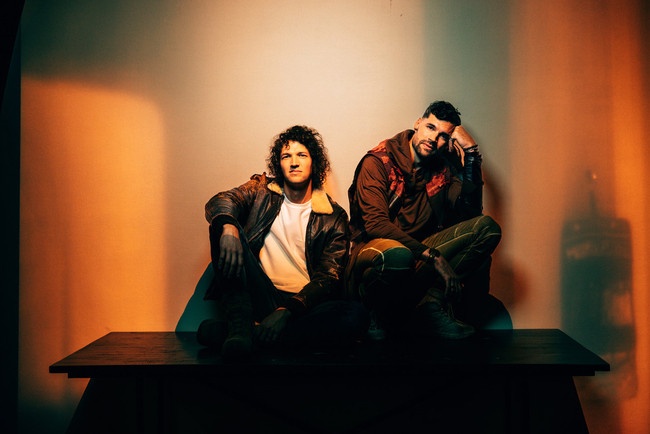 The introspective post-pandemic 13-track hit-packed album ‘What Are We Waiting For?’ by the platinum-selling duo for KING & COUNTRY reaches #2 on Billboard’s Top album sales chart, making it their second Top 10 album.

Written and produced in isolation, Joel and Luke Smallbone used the sudden excess of time to look within for pressing issues and questions. for KING & COUNTRY is a master of social commentaries and getting people to stand together. ‘What Are We Waiting For?’ is a premium version of their gathered observations that were written with the hope of being a soundtrack for people that need answers for their own post-pandemic experience.

As GRAMMY® Award-Winning duo, for KING & COUNTRY are fluent in making hits and arena-filling hooks. The rich tracklist includes hopeful energetic anthems like ‘RELATE,’ ‘Unity’ and ‘TOGETHER’ featuring Tori Kelly and Kirk Franklin. ‘TOGETHER’ extends the idea of we’re all in this together; look around.

In celebration of the new album, for KING & COUNTRY is offering fans a free special live, online worldwide performance titled ‘What Are We Waiting For?/ The Worldwide Special’ benefitting Convoy Of Hope, to help raise funds for the Ukrainian refugees. Filmed in the Mojave Desert in California, the concert will feature new material from the album, airing tomorrow, March 24, at 8:00 P.M. ET / 7:00 P.M. CT / 5:00 P.M. PT, and can be viewed via FACEBOOK and YOU TUBE. The duo is also gearing up for their 2022 U.S. 34-city tour, which kicks off on March 31 in Southaven, MS, and continues through May 22 in Franklin, Tennessee.

‘What Are We Waiting For?’ Is out now.