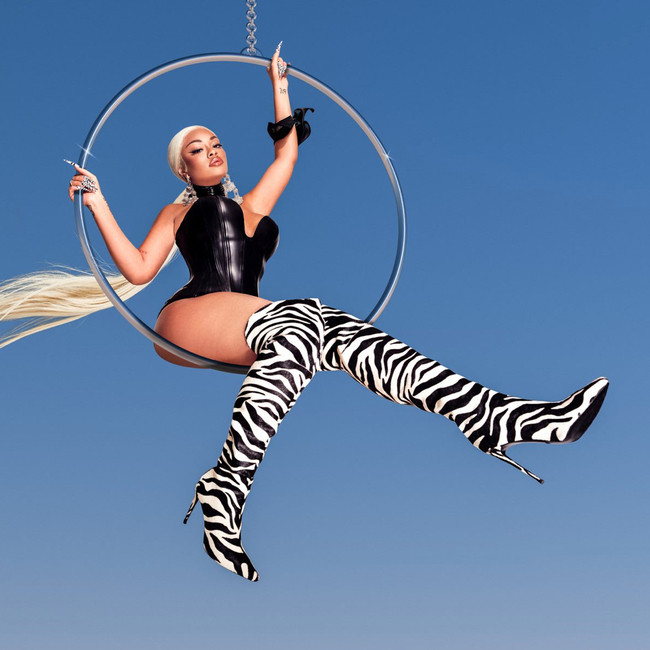 MESHUGGAH Shares Face-Melting New Single, “I Am That Thirst,” Taken From Their Upcoming Full-Length Immutable

“I Am That Thirst” is the third single from Immutable, MESHUGGAH’s ninth studio manifest, set for worldwide release via Atomic Fire on April 1st!

The Swedish extreme tech-metal pioneers are reinventing themselves yet again on “I Am That Thirst,” a new skull crusher where the band pushes even their very own boundaries. It’s a song that keeps you guessing, keeps you yearning for more, and wanting to dive into the full realm of this record.

Today, the Bronx-based Nigerian-American hip-hop artist, activist, and attorney Udoka Malachi shares “June XX,” the second single from his upcoming debut Palace Lumumba which will be released on April 8, 2022.

Slowing down for a minute, Vanguards is truly one of the more beautiful and groundbreaking songs on the record, highlighting the arty feminine throughline on the album. Vanguards is about the feminine spirit as traveling through time – something as old as time, and maybe even older. Something bold and beautiful, wise, wild, natural and uninhibited – musically and lyrically a feminine transcendentalism.

On the inspirational roots that would mold his seventh studio album, Matisyahu reflects; “Throughout my life so much of my music has come from struggling with a sort of existential loneliness, even though a lot of the music is very joyful. I ended up in a place where I’ve found the person who’s my soulmate and made a beautiful life with her, and that’s the place where this record was born.”

After the release of “The Reaper” – their first single from the upcoming album – heavy rockers STATEMENT are back with a new song. “Indestructible” is another song of the new Statement album that will be released later this year via Mighty Music and, once again, shows the immense firepower of the Danish quintet.

Argentinian rising urban pop-rock star Seven Kayne transports us to the dance decade of the 80s with his new single, love song “Eso Que Tenés.” Through harmonious production and refreshing lyrics, Kayne explores the secret of “that thing ” about the special person in his life. Last week, he surprised more than 60k people with a preview of the single at Lollapalooza Argentina to mass hysteria.

Today, progressive post-hardcore outfit Vagrants shared their new single “Be Consumed” out now on Equal Vision Records. The song will appear on their forthcoming album of the same name. Formed in 2017, Vagrants’ current line-up is composed of Jose DelRio (guitars/vocals), Anastasia Hayes (Drums), and Bryce Ballinger (guitar). “Be Consumed” shows a different side of the bands sweeping, progressive sound – awash with intricate guitar and drum work supported by modern electronic elements and huge breakdowns. There is a palpable jam-like quality to the track, the band is tight as ever but falls into a groove with one another that speaks to their mature creative alliance. The songs vocals are equal parts soaring and powerful, conveying the message of the song with a melodic sensibility that is undeniably catchy. You can stream the track here.

“Msit No’kmaq,” highlighted today with a lyric video, is an original composition that features a solo by Ashley MacIsaac. “The Mi’kmaq phrase ‘Msit No’kmaq’ translates to ‘All of my Relations,'” says Toney. “We say that phrase after every ceremony, after every speech, and after every prayer. It basically means that we are all connected in some way, and that there is a possibility to work together. The song is filled with Indigenous Teachings, along with the message of the “Great Spirit Prayer.”

Today, Melbourne-based electro-folk singer, songwriter, and producer Hayden Calnin shares his new single, “The Way Back Up,” which features fellow Australian artist Nick Acquroff. Hayden explains, “Nick and I have been playing music together for years whenever we’ve gotten a chance to, and we thought it was about time to lay one of our songs down and let people have a listen. We were both living down the southern coastline of Australia, and I had Nick over one night for some dinner and drinks. Naturally, we ended up in the studio a bit later on writing and recording. That seemed to be pretty common practice for us when we would hang out, and this was a track that really resonated with us. It sat on a hard drive for 2 years, and I opened it up one day on my computer and thought it was too bloody good not to finish, so I gave it a good mix, and this was the result. Nick is such an incredible guy, and I’m just super stoked to be putting out a collaboration with my mate, it’s awesome. Mates are awesome. Writing songs with mates and releasing them is even more awesome.”

Lia Rye is an 18 year old South London based artist whose music dances on the borders of alternative pop and rock. Showcasing mellow, reflective themes, Rye incorporates honest, relatable lyrics through a storytelling approach, captivating listeners with her colourful tales of characters and how they perceive the world around them.

For as much as 93FEETOFSMOKE fits into the curious corners of the internet where memes double as gospel, he’s just as at home on the D.I.Y. stage of a sweat-soaked underground gig IRL. The Virginia-born and Oregon-based singer, songwriter, producer, and guitarist could’ve easily materialized in the late nineties, but his movement actually bubbled up in 2014—and it quietly boiled over by the time he signed to Photo Finish Records eight years later. With hundreds of millions of streams and plays, a rabid following, and acclaim from Earmilk, Elevator Magazine, and more, he shocks his vison to life like never before on his 2022 full-length debut album, GOODGRIEF.

The title track “Ocean Creatures” dropping with the EP is the final installment and combines two worlds from the depths of the oceans to the heights of space that are interwoven. The EP was born from vocalist Jordan White’s out of body experience she felt after being hit by a red light driver: stuck in a moment that she thought she was going to die. White explains, “I couldn’t identify the sensation; it was like imagining ocean creatures flying in space thinking that they were probably angels. That’s the imagery that came to mind when writing the song.”

‘This song was inspired by an elderly couple walking through my local village. They were desperately trying to hold each other’s hand as the old woman struggled to push the frail man in his wheelchair. Clearly unable or unwilling to lose sight of each other – even for a moment. It was perhaps the most beautiful and yet, the most sad thing to witness: Uncertainty, love, vulnerability and precious time – all rolled into a few brief seconds. I knew that they didn’t have much time left together… but then again, I wondered what rich history they had shared…’ Riiver Brukes

Today, Flaccid Mojo (kickstarted by Black Dice members Bjorn Copeland and Aaron Warren) announce their self-titled debut LP, due June 3 via Castle Face Records. The record’s first track, “Slow Psychics,” is out now via all DSPS. On this new LP, Warren and Copeland prepare a feast of answering machine malfunctions, cough syrup oral reports, and beats for the rhythmically impaired into a high volume visceral soundtrack for those geared for the hours of 2 am ’till close.

“Say You Love Me”, a moody an introspective pop ballad with similarities to contemporary artists like Billie Eilish, demonstrates Neoma’s incredible range as an artist, especially in contrast to the upbeat and shimmering disco pop of lead single “Tears At Bae”, which was accompanied by a music video of Neoma performing the song at a roller rink dance party.